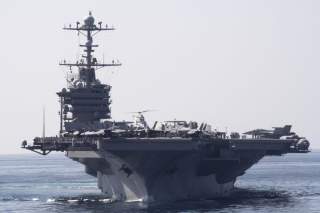 There are probably ways to break the Chinese kill chain using electronic or cyber-warfare that would allow a carrier strike group to fight inside the DF-26’s range.