Despite Fighting in Afghanistan and Ukraine, the Stinger's Days Are Numbered 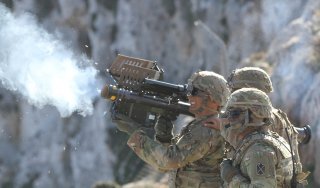 The U.S. Army would like to find a replacement for its Cold War-era FIM-92 Stinger air defense system, the iconic man-portable anti-aircraft system that the United States exported around the world. Stingers were used against the Soviet Union in Afghanistan to significant effect in the 1980s, as well as in other parts of the world.

The Department of the Army put out an official Request for Information (RFI) that explained why the Stinger is growing obsolete and what the Army would like to see in a replacement.

There are multiple requirements for the new system, and the Army listed several of the qualities it is seeking in its request.

Furthermore, the new system should be compatible with “Stinger Vehicle Universal Launcher (SVUL), which is a component of M-SHORAD Inc. 1,” and also be “Soldier portable All-Up-Round,” or man-portable.

Finally, the system should offer “improved target acquisition with increased lethality and ranges over current capability.”

The United States has maintained the weapon since the early 1980s but existing stockpiles of the Stinger missile system are shrinking. This trend has been exacerbated by large Stinger shipments to Ukraine to aid the country in its fight against Russia.

“The Stinger- Reprogrammable Microprocessor (RMP) will become obsolete in fiscal year (FY) 2023 and Stinger Block I is undergoing a service life extension to extend its end of useful life,” the RFI explained, adding that “the current Stinger inventory is in decline.”

Advances in seeker systems, as well as warheads and other rocket technology, could allow for a design that is dimensionally identical to the FIM-92 Stinger missile but offers greater lethality. Alternatively, an entirely new design could offer significant modernized improvements.

Either way, the FIM-92 Stinger’s days are numbered. The Army would like to conduct a “technology demonstration in FY24 consisting of all digital simulation, hardware-in-the-loop, and/or live fire demonstration,” and the new system “must be capable of entering production no later than FY27 using production-line processes after the completion of design, development, and test.”

That timeline may seem far out—but the Army would like to start testing Stinger-replacement prototypes as soon as next year.