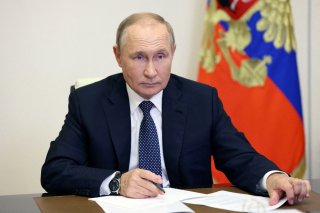 On October 3, Elon Musk surprised his millions of Twitter followers by tweeting what appeared to be a plan to end the war in Ukraine.

The “peace plan” consisted of the following ideas: “Redo elections of annexed regions under UN supervision. Russia leaves if that is will of the people; Crimea formally part of Russia, as it has been since 1783 (until Khrushchev’s mistake); Water supply to Crimea assured; Ukraine remains neutral.” It was accompanied by a poll, in which 59.1 percent of the more than 2.7 million votes answered “no” while 40.9 percent answered “yes.”

The proposal was not received positively. Garry Kasparov, the chess champion-turned-anti-Putin dissident, called it “moral idiocy, repetition of Kremlin propaganda, a betrayal of Ukrainian courage & sacrifice, and puts a few minutes browsing Crimea on Wikipedia over the current horrific reality of Putin's bloody war.”

“Next time I need a plumber I call @elonmusk," Sergiy Kyslytsya, Ukraine’s Permanent Representative to the U.N., said on Twitter. “He doesn’t do plumbing?! Then what the heck’s the matter, why does he speak of international relations and internal law? Btw a good plumber is better than Musk’s secondhand opinions on illegally occupied territories of a foreign nation.”

Ukrainian president Volodymyr Zelensky, tweeted a poll of his own, asking whether his followers prefer a version of Musk who “supports Ukraine” or “supports Russia,” with 78.8 percent of responders picking Ukraine.

Now, there is a report providing added context to Musk’s peace plan.

According to a mailout to Eurasia Group subscribers, as cited by Vice, Musk spoke directly to Russian president Vladimir Putin prior to tweeting the peace plan. Ian Bremmer, the author of the email, said that Musk had told him Putin was “prepared to negotiate,” but only if he could keep Crimea as part of Russia, Ukraine remained neutral, and Ukraine allowed Russia to annex the territories of Luhansk, Donetsk, Kherson, and Zaporizhzhia.

If the Bremmer email is true, Musk had essentially circulated Putin’s position without disclosing at the time that he was doing so.

Musk had been vocally supportive of the Ukrainian cause earlier this year, even challenging Putin to a fight at one point, and making his Starlink internet terminals available to the Ukrainian side in the war.

The episode raises questions about whether freelance diplomacy is something that can work, especially for someone like Musk, who has millions of Twitter followers and little filter when it comes to what he puts on social media. And that’s even before the question of whether Musk ends up as the owner of Twitter comes into play.