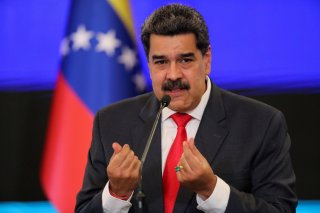 A former Miami congressman, David Rivera, is being accused of channeling oil money on behalf of the Venezuelan regime of Nicolás Maduro.

According to a civil suit filed in a New York federal court, Rivera’s company, Interamerican Consulting, signed a $50 million contract with the Venezuelan regime in 2017 to provide “strategic consulting” services to the Venezuelan-owned but U.S.-based oil company CITGO Petroleum Corporation. The company, at the time, was managed by the Maduro regime.

According to the allegations, Rivera ended up receiving $15 million from that contract. He then proceeded to channel a considerable amount of the money to a yacht company on behalf of a Venezuelan oligarch with deep connections to the Venezuelan regime.

This suit was filed by CITGO itself, as the company is now controlled by the Venezuelan opposition. This has been the case since the Trump administration recognized opposition leader Juan Guaido as Venezuela’s legitimate president in January 2019.

CITGO owns oil and gas pipelines throughout the United States, about five thousand gasoline stations in thirty states, and three major refineries. It has the capacity to process 750,000 oil barrels per day, making it the sixth-largest refinery network in the country.

Specifically, the suit was filed by PDV USA, a Delaware-based affiliate of CITGO. The company seeks to recover the $15 million plus interest and compensatory damages.

According to the plaintiff, “Mr. Rivera never provided any services to Citgo and, it appears, never intended to do so … instead, the true purpose of the agreement was to cover up illicit transactions.”

Rivera has not responded to the new accusations. His attorney, Roy Kahn, reiterated what his client told the media in the past. Rivera has implied that he actually used the contract’s money to help the opposition’s objective to topple the Maduro regime. He has also requested payment for the remaining $35 million from the contract. Rivera claims that he is innocent of all charges.

However, even if Rivera is innocent of the claims made by PDV USA and served as a lobbyist for the Venezuelan regime to persuade the Trump administration into not sanctioning the Venezuela state, I would still argue that the Department of Justice has the duty to review Rivera’s contract in detail and determine whether the congressman violated the Foreign Agents Registration Act (FARA) of the National Security Division (NSD) of the Department of Justice.

FARA requires “certain agents of foreign principals who are engaged in political activities or other activities specified under the statute to make periodic public disclosure of their relationship with the foreign principal, as well as activities, receipts, and disbursements in support of those activities.”

The argument would be that Rivera violated FARA by not registering himself as a lobbyist of the Maduro regime. This is particularly problematic considering Rivera’s former position as an elected official, Venezuela’s adversarial relationship with the United States, and Maduro’s close ties with other rogue states like Cuba and Iran.

Like Venezuela, most authoritarian states spend considerable amounts of money on lobbying and public relations efforts in the United States. For instance, between 2017 and 2019, Saudi Arabia spent $24 million. Between 2017 and 2018, China spent more than $25 million. And, in 2017 alone, the United Arab Emirates spent $29 million just on an advisory company run by former members of the Treasury Department.

This is why the Justice Department has to analyze Rivera’s actions and determine whether the former congressman failed to abide by the standards of the Foreign Agents Registration Act. For a democracy to function properly, the electorate has the right to know—in full detail—whether a public official has ties to a foreign regime or interest group.

Ultimately, strengthening the United States’ institutional oversight of foreign states’ lobbying efforts is key to maintaining the integrity and transparency of America's democratic process. It is also a top priority from a national security perspective, as an increased degree of foreign meddling would compromise America’s ability to fulfill its national security responsibilities.

Jorge Jraissati is the director of alumni of Students For Liberty, an NGO with over 2,800 freedom activists in 117 countries. His work is focused on establishing alumni initiatives aimed at advancing liberal democracy and economic development. Jorge is also an economist and a researcher at IESE Business School.