Did Israel Really Bomb Iraq Last Summer (With an F-35)? 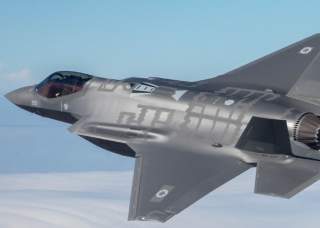 Michael Peck is a contributing writer for the National Interest. He can be found on Twitter and Facebook. This article originally appeared in August 2019 and is being republished due to reader's interest.