Do Parents Know How Much Time Their Young Kids are Spending on Devices? 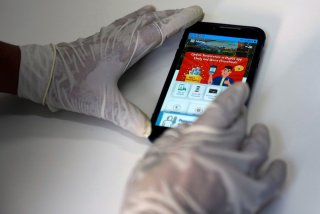 During the coronavirus pandemic, many parents have allowed their children to spend more time on tablets and other screens than they typically would. Now, some new research is showing how parents may not know which apps their kids are using.

Pediatrics, the official journal of the American Academy of Pediatrics, has issued a study that it calls “Young Children’s Use of Smartphones and Tablets.”

From eleven authors, some of them associated with the University of Michigan, the study is based on pre-pandemic research and finds that many parents misreport what their children are doing on their devices- and that some very young kids are using apps meant for teenagers or even adults.

According to the University of Michigan Health Lab blog, the Pediatrics study was conducted using a special app, developed by the authors, which tracked “mobile device use (for Android devices) and analyzed usage screenshots (for Apple devices.”) This indicates that the Apple research is much less exact than that for Android devices, and one of the authors told the Health Lab blog that they hope they can get that type of data from Apple devices in the future.

The study found that among the 346 preschool-aged kids whose mobile device usage was sampled for a week, the most used apps among both iOS and Android device users were YouTube and YouTube Kids. On iOS, the ranking went YouTube Kids, YouTube, Netflix, Safari, Photos, Camera and Siri, while for Android it was YouTube, YouTube Kids, Browser, Quick Search Box, Netflix and Camera.

The usage was then compared to the kids’ parents’ estimates of what the children were doing on their devices.

Most parents, the study said, were off by more than seventy minutes, when it came to measuring how much screen time their kids had per day.

The study was conducted, the blog post said because most research on kids’ screen time in the past has been based on parents' own recollections and reporting.

“Mobile device sampling is an unobtrusive and accurate method for assessing mobile device use,” the study concluded. “Parent-reported duration of mobile device use in young children has low accuracy, and use of objective measures is needed in future research.”