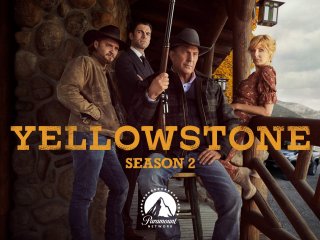 Those who have signed up for YouTube TV since its national launch in early 2019 likely noticed that it was missing quite a bit: The service did not offer MTV, Nickelodeon, Paramount Network, Comedy Central, or other networks owned by what was then Viacom.

In early May, Viacom - which recently closed its merger with CBS, to become ViacomCBS - announced that had it reached a deal with Google to put those channels on YouTube TV, and that they would be available on the service that summer. At the same time, ViacomCBS extended its carriage agreement to include Showtime and other channels on YouTube, while announcing that it would rebrand the CBS All Access streaming service later this summer.

ViacomCBS has not yet announced a date for when the Viacom channels will be available, and a spokesperson did not respond to a request for comment from The National Interest.

The question is, will the Viacom channels arrive in time for YouTube TV subscribers to watch the new season of "Yellowstone," on the Paramount Network?

The story of a family of ranchers in Montana, “Yellowstone” stars Kevin Costner, Luke Grimes, Kelly Riley and Wes Bentley, and was created by John Linson and actor-turned-director Taylor Sheridan, the latter of whom wrote "Sicario" and directed "Hell or High Water."

The show debuted its first season in 2018, followed by its second in 2019. The third season is set to premiere on June 21, which is three weeks from now. That date is officially the first day of summer, meaning that the arrival of the channels would likely come after that date. (“Yellowstone” has already been renewed for a fourth season.)

Various Twitter users have been tweeting at Paramount Network and the show's accounts, imploring them to add the network to YouTube TV in time for the new season. Google's support website includes a page where subscribers can request the addition of networks not currently available on YouTube TV to the service.

While YouTube TV has been around since 2017, though it didn't launch nationally until February of 2019. It's what's been called a "vMVPD"- a virtual multichannel video programming distributor- and its competitors in that space include Hulu + Live TV, Sling TV, Fubo TV and DirecTV Now, although its former competitor PlayStation Vue has since shuttered.

Hulu + Live TV and YouTube TV were among the only pay-TV services that gained subscribers in the first quarter of this year, per a note last month by Craig Moffett of MoffettNathanson Research.