Does the DNC Have It out for 2020 Candidate Tulsi Gabbard? 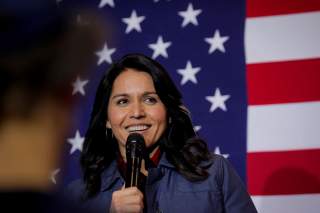 Following the departure of Michael Bloomberg, there remain only four active campaigns for the 2020 Democratic nomination: former Vice President Joe Biden, Senator Bernie Sanders of Vermont, Senator Elizabeth Warren of Massachusetts, and the often-forgotten Representative Tulsi Gabbard of Hawaii. Super Tuesday provided Gabbard with her first convention delegates, but will they be enough to get her on the next debate stage?

Gabbard has had the most adversarial relationship with the debate rules set forth by the Democratic National Committee. “There’s just been a lack of transparency…lack of transparency means lack of trust in the process and that they’re trying to take the power away from votes to actually be the ones to decide who continues to move forward in this campaign,” she said in September.

From the first debates in June 2019 until this February, the DNC pegged qualification in the debates to two metrics: a threshold of individual donors, and polling average. However, the decision-making process—which chose polls did and did not contribute to qualification—happened behind closed doors with no public explanation. Gabbard consistently met the requisite donations necessary, but multiple times polls that had her at a qualifying average were not included by the DNC.

Barred from participation in the September debate, and every one since December, Gabbard has referred to them as “rigged.”

Adding apparent insult to injury, in early February the DNC altered the qualification standards for the debates and dropped the donor requisite. This was to benefit former New York City Mayor Michael Bloomberg, a multi-billionaire who was self-funding his campaign. Despite reaching the polling threshold months previously, Bloomberg had refused to accept outside donations, making him ineligible for inclusion in the debates.

“The fact that a billionaire can come in and have that kind of influence to change rules of the DNC—all of a sudden, not coincidentally, to be able to benefit Michael Bloomberg…They are picking winners and losers before voters have the opportunity to do so,” Gabbard said regarding the situation at the time.

One of the new rules the DNC added in February was that a candidate with even a single convention delegate would qualify for the debate stage, no other perquisites required.

Tulsi Gabbard supporters were ebullient yesterday evening when, in the caucus in American Samoa, Gabbard qualified for either one or two DNC delegates. She came in second place, which equaled only 103 votes in the tiny territory. Gabbard was born in American Samoa and is partially descended from Pacific Islanders.

But it did not take long for the DNC to starve the fire among her supporters. “We have two more debates—of course the threshold will go up,” tweeted Xochitl Hinojosa, Communications Director for the DNC in the minutes after the announcement of Gabbard’s delegates. “By the time we have the March debate, almost 2,000 delegates will be allocated. The threshold will reflect where we are in the race, as it always has.”

It will be difficult for the Democratic National Committee to avoid the appearance that they are manipulating the prerequisites for debate inclusion to benefit their preferred candidates and erase others.