Don’t Listen to Bernie and Biden: A Capital Gains Tax Hike Would Be a Mistake 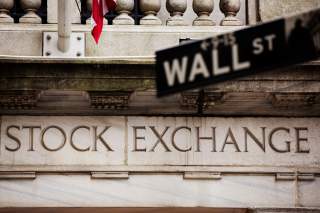 Democrats running for the White House are pushing all kinds of tax increases. One bad idea supported by all the leading candidates is to hike the top capital gains tax rate. Capital gains taxes may seem obscure to many people but limiting them is crucial to long‐​term economic growth.

Congress has kept capital gains tax rates below ordinary rates for most of the past century, and nearly all other advanced economies provide favorable rules for gains. Inflation, double taxation, and international competitiveness need to be considered, as I discuss in a new op‐​ed in The Hill.

I am particularly concerned about the negative effects of a capital gains tax increase on entrepreneurial finance. The reward that angel investors receive for putting their time and money into risky startups is a capital gain 5 or 10 years down the road. The angel role is crucial because the economy needs a diversity of startups to discover new products and technologies.

Raising the capital gains tax would induce angels to shift their money to safer investments and the economy would be starved of the funding that high‐​growth companies and technology industries rely on.

Higher capital gains taxes would also reduce entrepreneurship. People considering launching startups would instead take safer wage jobs. The chance to earn a capital gain from a high‐​growth startup would not be worth all the extra stress, risk, and hard work.

Some Democrats used to understand the importance of startup financing. Arguing in favor of a capital gains tax cut in 1978 hearings, Senator Lloyd Bentsen of Texas said, “This country has prospered because we have had a free enterprise system that has encouraged the entrepreneur, the small businessman, to take a risk with the understanding that he was going to be able to keep some of it, if he won.”

These ideas are discussed further in The Hill and in this Cato report.

This article by Chris Edwards first appeared at CATO.

Image: A street sign for Wall Street hangs in front of the New York Stock Exchange May 8, 2013. REUTERS/Lucas Jackson