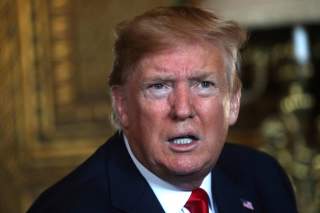 The Trump administration on Feb. 13, 2020 notified Congress that it planned to transfer to the U.S. Department of Homeland Security $3.8 billion for wall-construction, largely taking the money from accounts for aircraft and ships.

With the February 2020 announcement the military since 2019 has committed around $10 billion to the wall, which Trump during his 2016 presidential campaign promised Mexico would pay for. Mexico of course has not paid a dime.

The administration in three years has built around 100 miles of wall, mostly replacing existing barriers. Trump said he wants to complete 500 miles of wall by early 2021, around the time he will leave office in the event he loses the 2020 election. National polls show Trump trailing the leading Democratic contenders for the presidency.

The current transfer will cost the U.S. Air Force $1.5 billion. Air Force Magazine detailed the sources of the money:

- $196 million in base funding for C-130Js, resulting in the reduction of two airframes

- $169 million in war-budget funding for C-130Js, a reduction of two more airlifters

- $160 million from MQ-9 procurement, resulting in the reduction of eight aircraft

- $205 million in “miscellaneous equipment” for the Air Force Reserve

- $395 million in “miscellaneous equipment” for the Air National Guard

The U.S. Navy and U.S. Marine Corps also will lose $1.5 billion, combined, according to USNI News:

- $155 million from V-22 production, a reduction of two tiltrotors

- $261 million from the Expeditionary Fast Transport program, a cut of one ship

Lawmakers voiced their opposition to the cuts. Rep. Mac Thornberry, a Texas Republican and the ranking member of the House Armed Services Committee, called the transfer "contrary to Congress's constitutional authority."

"The re-programming announced today is contrary to Congress's constitutional authority, and I believe that it requires Congress to take action,” Thornberry stated. “I will be working with my colleagues to determine the appropriate steps to take."

But with Republicans controlling the U.S. Senate, it’s unlikely Congress will stop the transfer. Senate Republicans in early February 2020 acquitted Trump after the U.S. House impeached him for illegally withholding military aid to Ukraine in exchange for political favors.

Trump and his Republican allies have claimed the wall will stop drug smugglers and undocumented immigration. But smugglers in late 2019 began sawing through new sections of the border wall. Meanwhile, most drugs arrive through legal ports-of-entry. And most undocumented immigrants are in the United States after overstaying their visas.

It’s legal for asylum-seekers to cross the border in order to ask for protection from persecution in their home countries.

Trump is taking military funding at precisely the time when the armed forces least can afford it. With the federal budget deficit topping a trillion dollars annually, largely a result of Trump’s 2017 tax cut for corporations and billionaires, Pentagon funding has flattened.

To bridge its funding gap, the Air Force is proposing to retire bombers, A-10 attack planes, tankers and drones. The Navy is backing away from its goal of expanding the fleet from 294 to 355 ships. The Marine Corps is reducing manpower by thousands and axing artillery and armored vehicles. The Army is slowing down acquisition of armored vehicles and cancelling long-range missiles.