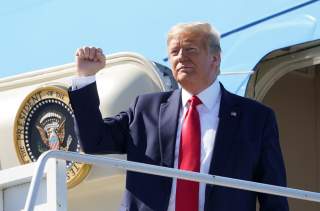 As part of his new budget proposal, Donald Trump has allocated $587,000 to “establish a permanent diplomatic presence in Greenland.” This would be the first permanent U.S. consulate on the island since 1953. This is the latest in the administration’s attempt to expand American influence in the north Atlantic.

Trump turned heads and evoked fits of laughter when he discussed purchasing the island in the summer of 2019. The island, encompassing over 800,000 square miles, has been possessed by the Kingdom of Denmark for over two hundred years and was granted local autonomy in 1979. Proposals by the United States, which controls large parts of Greenland for security reasons, to purchase it in its entirety have been offered in the past century but have been rejected by the Danes.

The answer to Trump’s proposal was simple and direct: Greenland is not for sale. The Prime Minister of Denmark, Mette Frederiksen, said “Greenland is not Danish. Greenland is Greenlandic.” There was near political unanimity between the government of Greenland and Denmark that there would be no sale for whatever price.

Domestically, Trump’s suggested buyout was treated both seriously can comically. Detractors said it was ridiculous and an international embarrassment. Some commentators said it was an idea that should be taken seriously, and tried to explain how Greenland fit into the national interest of the U.S. Other fans of the president took it as fun and adding new land to the U.S. became part of Trump’s ‘winning ethos.’ Even the president engaged in the comedy, tweeting out a photoshopped image of Trump Tower in Greenland, promising “not to do this.”

There were diplomatic repercussions to the failed proposal, however. “Denmark is a very special country with incredible people, but based on Prime Minister Mette Frederiksen’s comments, that she would have no interest in discussing the purchase of Greenland, I will be postponing our meeting scheduled in two weeks for another time,” tweeted Trump. “The Prime Minister was able to save a great deal of expense and effort for both the United States and Denmark by being so direct. I thank her for that and look forward to rescheduling sometime in the future!”

The new push for a permanent diplomatic presence is an attempt at less overt soft power. This idea was well explained by Alaska Senator Lisa Murkowski. “If they [Greenland] do become independent, then we will have established a political representation on the island and we’ll have had some for several years and we’ll be in a good position to move forward with a new relationship,” she said in 2017. “And if they don’t: no harm, no foul.” Unlike the possibility of annexation, Greenland has been very receptive to the idea of an increased diplomatic presence.