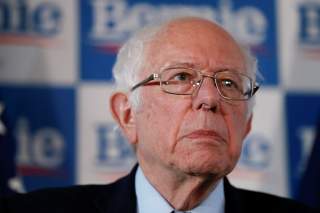 In the midst of Super Tuesday, a tussle trended on Twitter between Republican National Committee Chairwoman Ronna McDaniel and former Democratic National Committee Interim Chairwoman Donna Brazile. When McDaniel suggested there was bias in the DNC towards moderate candidates over progressives, Brazile responded in an interview afterwards that McDaniel should “go to hell.”

On Fox News’ America’s Newsroom, hosted by Sandra Smith and Ed Henry, Ronna McDaniel said that the Democratic primary was on the path to a brokered convention in July. “Which will be rigged against Bernie [Sanders] if those superdelegates have their way on that second vote,” she said. The Democratic Party’s superdelegates represent major figures in the party, included former and senior elected officials. Their votes for the nominee are not bound by the results of the primaries, and if a candidate is not chosen on the first ballot of the convention, they will be permitted to weigh in. The New York Times has reported that the superdelegates are largely opposed to the nomination of Senator Bernie Sanders of Vermont.

Brazile, who was managed Al Gore’s 2000 presidential campaign before heading the DNC on an interim basis for seven months from 2016-2017, was indignant at the suggestion. “First of all, stay the hell out of our race,” Brazile told her Republican opponents. “I get sick and tired, Ed and Sandra, of listening to Republicans tell me and the Democrats about our process.”

Brazile criticized the Republican process for having winner-take-all primary states, instead of proportionate delegate allocation, and accused McDaniel of using “Russian talking points to sow division among Americans.”

Members of the Democratic establishment have said that any dissatisfaction with the primary process stems from foreign interference, not from voters. In 2016, Brazile provided questions to candidate Hillary Clinton in advance of a town hall so the candidate could prepare. For this breach of integrity, Brazile was fired as a CNN contributor and subsequently hired by Fox News.

“So Ronna, go to hell,” the former chairwoman said. When the hosts reacted with apprehension at her language, Brazile repeated her remark and continued to push back. “We are not trying to prevent anyone from becoming the nominee. If you have the delegates and win, you will win.”

“This notion that somehow or another Democrats are out there trying to put hurdles or roadblocks before one candidate, that’s stupid,” she concluded. Last evening the DNC announced that it planned to alter its debate qualification rules, effectively excluding Representative Tulsi Gabbard of Hawaii from being included in the Democratic debates.

“It’s never fun to have your teenagers come home from school and say ‘Hey mom, you’re trending on social media because some woman said you should ‘go to heck’” responded McDaniel later that day. She has served as Chairwoman of the RNC since January 2017.

“I think her response was a little out of line and disproportionate to my comments earlier today,” McDaniel said, but adding that “politics is a contact sport.”