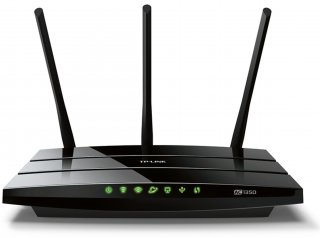 If you're stuck at home for several weeks during a global pandemic-or, even if you're not-it's important to have reliable Internet access at home. If you need a home Internet setup that’s able to handle not only your computer but phones and other devices for every member of your family at the same time, then having a high-quality router is imperative.

There are plenty of good routers, with multiple recent rankings giving the top spots to products from the TP-Link Archer line, with Synology and Netgear products also getting frequent commendation. Wi-Fi 6 routers have begun rolling out, with many more to come.

But what about the worst? Here's what experts had to say. It's worth noting that these aren't necessarily the worst routers available, but rather the worst among those evaluated by those experts.

Wirecutter recently published a ranking of ten routers on the market, over the course of 120 hours, and the TP-Link Archer A20 landed in the top spot. In the bottom spot, the site placed D-Link’s DIR-842.

"The less said about D-Link’s DIR-842, the better," Wirecutter said. "The DIR-842 was completely unable to connect to our test clients at long range. Its throughput was also poor at our short-range test site."

Wirecutter also had not-so-nice things to say about the Ignition Labs Portal, which works in a non-traditional way, by making use of restricted DFS frequencies. "Unfortunately, those frequencies are restricted for a reason: They’re used by military radar, air-traffic controllers, and similar high-priority devices," Wirecutter wrote. " This limitation led to very poor results for the Portal in our testing."

Reviewed.com published a ranking of the best available routers in March of 2020, and it disagreed with Wirecutter, placing the D-Link DIR-878 in the top overall spot. On the list of others reviewed, the site called the Trendnet TEW-827DRU AC2600 "a big 'pass,'" due to its "quirky setup process and less-impressive performance."

Of course, in many cases, the "worst router” to own is the obsolete one. It's the router that was top-of-the-line when you first got it, but you've had it in your house for more than a decade and just haven't gotten around to replacing it yet.

Meanwhile, Cyber ITL warned in late 2018 that the majority of home routers are lacking inadequate security. The firm's review of 28 popular home routers found that nearly none of them " made consistent use of basic software safety features like ASLR, stack guards, and DEP," all of which had been standard in desktop computers for years.