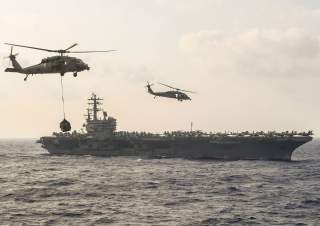 Key Point: The problem is that Washington hasn't learned from its past mistakes and Iran could still sink a carrier under the right circumstances.