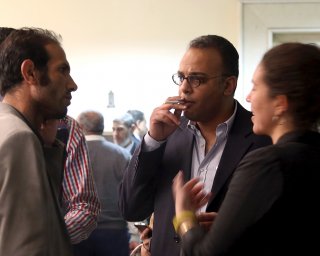 An Egyptian court has convicted Hossam Bahgat, a human rights activist, of insulting the country’s election authorities after he posted a tweet that was critical of the body’s chairman in 2020.

The court convicted Bahgat of a misdemeanor and fined him ten thousand Egyptian pounds, or around $630, according to Al Jazeera. Bahgat had been ordered to stand trial in July. He faced the charge of insulting Egypt’s election authorities. Also, he was accused of spreading false news and using social media to commit a crime.

At the time of the arrest, the U.S. Department of State criticized Egypt’s leadership, arguing that it should not attempt to police speech. “We have communicated to the Egyptian government our firm belief that individuals such as Hossam Bahgat should not be targeted for expressing their views,” State Department spokesman Ned Price said at a press briefing, claiming that the United States would continue to stand with him and other activists.

Following Egyptian president Abdel Fattah el-Sisi’s seizure of power from unpopular Islamist leader Mohamed Morsi in 2013, the Egyptian authorities have launched a crackdown on dissent, jailing thousands of dissidents, including many who participated in the 2011 protest movement against former leader Hosni Mubarak.

Although Bahgat had not been arrested prior to the tweet, he had been banned from traveling abroad since 2016 and had some of his assets frozen in a separate criminal investigation involving foreign funding of Egyptian domestic activists.

Two weeks prior to Bahgat’s conviction, Zyad el-Elaimy, a human-rights lawyer, had been sentenced to five years in prison for conspiring to commit crimes with an outlawed group. He was accused of associating with the Muslim Brotherhood, a heavily repressed Islamist organization designated associated with Morsi prior to his ouster. The Brotherhood has since been classified by the Egyptian government as a terrorist group; its current leader, Mohammed Badie, has been imprisoned since 2014 after he was convicted in an eight-minute trial at which he was not allowed to present his own defense.

Journalists Hossam Monis and Hisham Fouad were also sentenced to four years in prison for association with the Brotherhood in a related case.