The Endurance, Sir Ernest Shackleton’s Ship, Is Found In the Weddell Sea 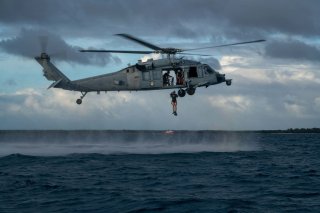 The wreck of the HMS Endurance has been found in Antarctic waters, upright and in a phenomenal state of preservation. The ship sank over a century ago, leaving the ship’s crew stranded on the ice.

After the loss of the Endurance, Shackleton instructed the majority of the ship’s crew to hunker down while he and five others sailed in a twenty-two-foot lifeboat 800 miles through one of the most inhospitable and dangerous areas of open ocean in the world.

Their mission was ultimately a success—not a single man lost his life, and Shackleton’s journey is revered today both as a successful rescue mission and as an exemplary example of outstanding leadership under highly challenging circumstances.

In a press release, Endurance 22, the expedition that was on the hunt for Shackleton’s legendary ship, announced that the vessel had been discovered.

“The Falklands Maritime Heritage Trust is pleased to confirm that the Endurance 22 Expedition has located the wreck of Endurance, Sir Ernest Shackleton’s ship which has not been seen since it was crushed by the ice and sank in the Weddell Sea in 1915.”

“One hundred years after Shackleton’s death, Endurance was found at a depth of 3008 metres in the Weddell Sea,” the release explained.

The wreck was found “within the search area defined by the expedition team before its departure from Cape Town, and approximately four miles south of the position originally recorded by Captain Worsley.”

A video of the discovery event can be seen here and is well worth the watch.

Thanks to the lack of wood-eating organisms in the Weddell Sea, the wreck remains eerily intact despite the extended amount of time it has rested on the seafloor, three kilometers below the ocean surface.

In their statement, Endurance 22 added that “the wreck is protected as a Historic Site and Monument under the Antarctic Treaty, ensuring that whilst the wreck is being surveyed and filmed it will not be touched or disturbed in any way.”

What will ultimately become of the wreck is not immediately apparent. However, the fact that it was found at all is a strong testament to the precise and professional discipline of the ship’s crew and is a phenomenal discovery.