Is Engaging With China Still Useful? 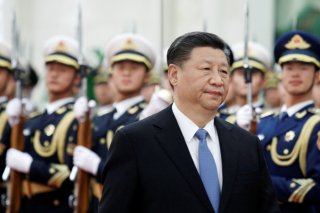 As the Biden administration constructs its China policy, the question of U.S. engagement with China will likely be a central concern. One of the legacies of the Trump administration’s China policy was its questioning of a long-held American belief in the value of engagement with rival powers, such as China and Russia. The assumption that such engagement, to include open trade, would transform those countries into “benign actors and trustworthy partners” was based on a false premise, according to the 2017 National Security Strategy.

However, in the China context, the reality of engagement is much more complex. Historically, the United States has conducted two general types of engagement with China: convergent-interest engagement (engagement driven by mutual perceptions of an existential threat or challenge) and transformational engagement (attempts by one party—or both—to inculcate norms in the other and build long-term interdependencies in various fields).

The first type, convergent-interest engagement, provided the rationale that underpinned President Richard Nixon’s (as well as Chairman Mao Zedong’s) efforts to open up relations in the early 1970s. China and the United States faced a common adversary, the Soviet Union, and this logic would guide relations for the subsequent seventeen years.

In fact, the period from 1972 to 1989 could be characterized as the “golden era” in U.S.-China relations. The two countries had an active military partnership. Military exchanges—personnel, port visits, intelligence—were common; America sold or donated arms to China. China allowed the CIA to operate listening stations within its territory to monitor the Soviet Union.

However, as history would demonstrate, the growth of U.S. and China ties could not subsist on a single shared threat. Ironically, Zbigniew Brzezinski warned about this problem in 1979 in a memorandum to his boss, President Jimmy Carter. “Our common concern with the Soviet Union…is an insufficient basis on which to build a long-term relationship with China,” Brzezinski wrote.

Without the Soviet threat, the U.S.-China relationship lost its strategic rationale. But the Tiananmen Square carnage had an immediate visceral effect on how the United States would engage with China. As a presidential candidate, Governor Bill Clinton accused the George H.W. Bush administration of having “failed to stand up for our values” by sending “emissaries” to China immediately after the Tiananmen Square incident to signal that the U.S. was still interested in doing business.

Clinton thus signaled that a new type of engagement, transformational in both purpose and focus, would prevail on the American side and one of its key themes would be human rights. Warren Christopher, Clinton’s secretary of state, wrote in 1994 that “the character of our relationship with China depends significantly on how the Chinese government treats its people.”

Later as China’s economy continued to grow, the United States expanded its transformational engagement agenda to include integrating China into a rules-based international system, a key reason for America’s support for China’s entry into the World Trade Organization (WTO) in 2001.

However, the convergent-interest type of engagement—which prevailed prior to 1989—would be revived during the administration of George W. Bush despite his characterization of China as a “strategic competitor.” This became clear in the aftermath of 9/11 when China offered U.S. political and intelligence support in its subsequent Global War on Terrorism.

Robert Zoellick, deputy secretary of state during the Bush administration, sought to synthesize the two types of engagement with his “responsible stakeholder” thesis. At the core of the thesis was the idea that the United States (alongside other countries) had at least partially transformed China benignly, but China needed to take a further step and become a fellow stakeholder of the international system. “China has a responsibility to strengthen the international system that has enabled its success,” Zoellick argued.

Zoellick pointed to U.S. and Chinese mutual concerns about nuclear weapons on the Korean Peninsula as an example where useful cooperation could flourish: “Since hosting the Six-Party Talks at their inception in 2003, China has played a constructive role” he said.

President Barack Obama would pick up the convergent-interest engagement theme in the early part of his administration. In his Shanghai Town Hall speech in November 2009, he stated that the U.S. and China enjoyed a “positive, constructive and comprehensive relationship” that could address “key global issues” such as economic recovery, clean energy, nuclear proliferation, and so on.

However, it was not clear that the issues Obama listed rose to the same level of existential threat as was the case prior to 1989. In addition, China paradoxically answered Obama’s proposals by eventually becoming more aggressive in the East China Sea and the South China Sea, moves that would ultimately help inspire Obama’s “rebalance” to the Pacific.

President Donald Trump, in contrast with his predecessors, adopted a much more hawkish approach toward China in both the security and economic realm. Trump’s signature China Strategy (“U.S. Strategic Approach to the P.R.C.”) stated that the “United States sees no value in engaging with Beijing for symbolism and pageantry.” However, it did not rule out the possibility of engagement, particularly if it led to “tangible results and constructive outcomes.”

On the whole, America’s engagement with China—whether convergent-interest or transformational—has had mixed results. However, of the two types, convergent-interest engagement has arguably been more successful. Thus, going forward, there is a logical and strategic rationale for continuing engagement, particularly when it is focused on an existential threat or challenge that is perceived as such by both sides.

This is important because the United States and China are in a critical phase of their relationship. Some Chinese and American analysts are predicting an exhausting and precarious military competition in the decades ahead.

Competition is one thing; conflict and war are quite another. What drives one to the other is fear, misunderstanding or miscommunication. Engagement, far from being a naïve or hopeless endeavor, can be a useful pathway that builds confidence and helps maintain peace.

Dr. Paul J. Smith is Professor of National Security Affairs at the U.S. Naval War College. The views expressed here are the author’s own.