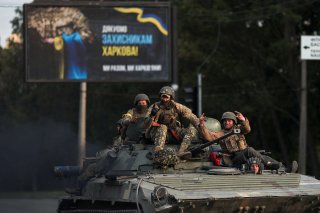 Italy and Hungary have urged the European Union (EU) to call for a ceasefire and the swift resumption of peace talks between Russia and Ukraine, sharply contradicting the more hawkish positions taken by top EU officials and several member states.

A draft concluding statement from the EU’s May 30-31 summit said the European Union is "unwavering in its commitment to help Ukraine exercise its inherent right of self-defence against the Russian aggression.” But the statement makes no mention of peace talks or a settlement, according to Reuters. Italy reportedly proposed adding language to the text calling for peace talks and a ceasefire. Hungary and Cyprus, two states that have questioned aspects of the growing EU sanctions regime against Russia, backed the Italian proposal. Hungary has stalled an EU plan to impose an oil embargo on Russia, and Prime Minister Viktor Orban has signaled his opposition to prospective sanctions on the head of the Russian Orthodox Church, Patriarch Kirill.

Italy circulated a four-point peace plan to end the war in Ukraine last week. The plan reportedly calls for a ceasefire and demilitarization of the front lines, a neutral status for Ukraine, broad autonomy for Crimea and Donbas within Ukrainian borders, and an agreement between the EU and Russia that would serve as a prelude to the relaxation of Western sanctions against Moscow in exchange for a withdrawal of Russian troops from Ukraine. However, Russian Foreign Ministry spokeswoman Maria Zakharova dismissed the Italian plan as a “fantasy.”

"You can't supply Ukraine with weapons with one hand and come up with plans for a peaceful resolution of the situation with the other," Zakharova said.

Though the EU has sought to project a united front on the Russo-Ukrainian War, a growing number of member states have quietly distanced themselves from the hardline stance taken by European Commission President Ursula von der Leyen and several EU members. "Ukraine must win this war, and [Russian President Vladimir] Putin's aggression must be a strategic failure," she said in a speech given at the Davos forum on Tuesday.

Poland and the Baltic states have been among the biggest proponents of an uncompromising approach toward the Kremlin. In an op-ed for The Telegraph, Polish prime minister Mateusz Morawiecki called on the international community to root out Vladimir Putin’s “monstrous” ideology of the “Russian World,” likening it to a cancer eating away at all of Europe. “Therefore, it is not enough to support Ukraine in its military struggle with Russia. We must completely eradicate this monstrous new ideology, “ Morawiecki wrote.