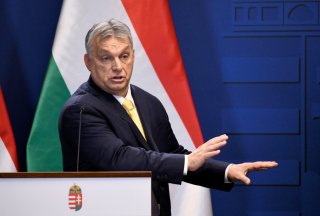 The Hungarian government voiced its opposition to the European Union’s proposed plan to ban Russian oil imports by the end of 2022, arguing that it could endanger Hungarian energy security and that other EU nations had offered no mechanism to replace the shortfall.

Shortly after European Commission president Ursula von der Leyen announced the plan, Hungary’s secretary of state for public diplomacy, Zeltan Kevacs, announced Budapest’s opposition. “We do not see any plans or guarantees on how a transition could be managed based on the current proposals, and how Hungary’s energy security would be guaranteed,” Kovacs told Reuters and AFP.

Under von der Leyen’s plan, Hungary and Slovakia, which have extensive energy ties to Russia, would be granted an additional year to replace Russian oil with imports from other sources. Szijjarto indicated that Hungary could only agree to the measure if Russian crude oil imports for refining in Hungary were exempted from the ban.

Because of the collective decision-making structure of the European Union, all twenty-seven member states must agree on the embargo for it to be implemented. Hungary’s opposition, as well as Slovakia’s, will likely prevent the measure from taking effect unless exemptions are made for them.

Hungarian prime minister Viktor Orban and his ruling Fidesz party have espoused highly Eurosceptic views in the past; Orban is also known for his close personal ties to Russian leader Vladimir Putin. In February 2022, as the Russian military gathered on Ukraine’s border and European leaders pushed Putin to withdraw, Orban requested an expansion of Hungary’s fifteen-year gas contract with Russia, leading to anger in some European capitals.

Since the onset of Russia’s invasion, leaders in Brussels have sought to limit the Kremlin’s capacity to wage war on Ukraine by starving it of funds. European Council president Charles Michel vowed on Tuesday that the EU would help to “break the Russian war machine” by refusing to purchase Russian hydrocarbons, and EU leaders have sought alternative sources of oil and gas imports, including from the United States, Qatar, and Algeria.

Hungary receives roughly two-thirds of its oil and 80 percent of its natural gas from Russia.