Evergrande Restructures Debt, at a Steep Loss to Chinese Investors 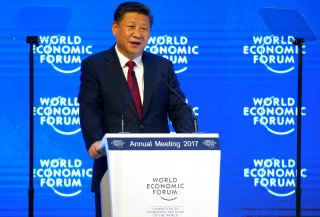 The Chinese government has announced a restructuring of the heavily-indebted Chinese real estate giant Evergrande’s obligations, potentially saving the company from collapse without a government bailout at a steep cost to investors.

Evergrande, one of China’s largest real estate developers, saw its shares decline in value an additional 20 percent after it missed the deadline for its bond coupon payments on Monday, leading S&P Global Ratings to declare that an Evergrande default was “inevitable.” When such a default occurs, it will launch a battle for portions of Evergrande’s remaining assets, which are far from sufficient to pay for the more than $300 billion the company owes in total liabilities.

Evergrande has become the largest casualty of recent efforts by Beijing to rein in the country’s real estate sector, which has seen rampant speculation during China’s meteoric economic rise. In particular, Evergrande has been perceived by some as a microcosm for China’s burgeoning debt crisis, with many large state-associated firms borrowing heavily to finance development and contending with increasing debt obligations.

At the same time, Beijing’s refusal to bail out Evergrande has been interpreted as a signal that President Xi Jinping and the country’s ruling Communist Party will not tolerate unsustainable debt accumulation—effectively making it the policy of the Chinese government that no company is “too big to fail.”

The fallout from Evergrande’s abrupt collapse has led other real estate firms into trouble. So far, at least ten smaller real estate companies have defaulted on their obligations after a collapse in Chinese property values, and borrowing costs have sharply increased. Beijing’s position on Evergrande so far has been that the company’s “own poor management” is responsible for its debt crisis and that its collapse should be isolated from the Chinese real estate market as a whole. Still, in order to prevent an economic contraction, the country’s central bank lowered Chinese banks’ reserve requirements on Monday, releasing nearly $200 billion in additional cash into the Chinese economy. The China Banking and Insurance Regulatory Commission also called for lenders to continue issuing loans for real estate purchases in a “reasonable” manner.

Evergrande’s former chairman, Xu Jiayin, has played a major role in the restructuring, working with creditors and financing some of the company’s obligations out of his own pocket at Beijing’s request. Consequently, his personal wealth has plummeted; once the second-richest man in China, he is now the seventy-fifth, although he maintains a fortune of roughly $8 billion.