The F-22 and B-2 Bomber Are Old: A New Generation of Super Stealth Is Coming 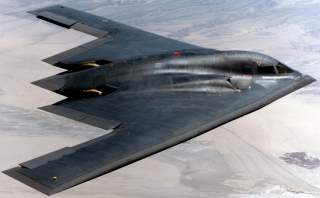 In 2010, the company — along with Cranfield University — tested the smaller Demon drone, which also used blown air for maneuverability. Demon was the result of a five-year, $8-million research initiative that BAE Systems launched in 2005. MAGMA represents a continuation of that work.