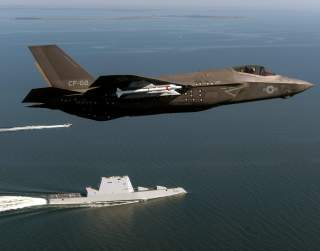 Key point: It will be at least a decade before the sea services deploy all of the roughly 300 F-35Cs they plan to acquire at a cost of around $100 million per plane.