The F-35 "Killed All the Targets": Why the Marines Think This Fighter Is a "Velociraptor" 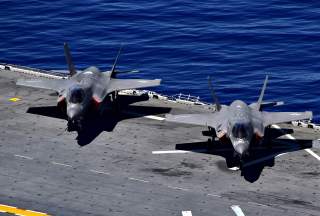 Even if the Pentagon can exercise the full capabilities of the new jet in simulations, there are questions as to how effective the F-35 will be against the latest Chinese air defenses.