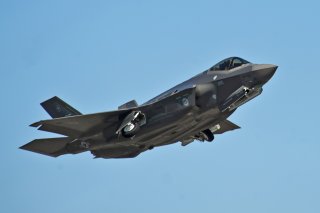 The U.S. Government Accountability Office (GAO) has warned that the F-35 Joint Strike Fighter program, despite producing more aircraft and at negotiated lower prices in 2019, is not meeting the standards that the aircraft's customers might expect. The GAO said that the standards "aimed at ensuring consistent, high-quality products, and fielded aircraft do not meet reliability goals." This was the fifth GAO report to Congress on the Lockheed-Martin F-35 and was prepared under the provision that Congress included in statute for the audit agency to review the status of the program until it reaches full-rate production.

However, the F-35's operational testing was extended by nine months, meaning that the program's full-rate production has been delayed to as late as March 2021. The program is also not meeting manufacturing leading practices that were identified by the GAO – and only about 3,000 of the over 10,000 airframe contractor's manufacturing key processes meet predefined standards for ensuring product quality. Of those aircraft that have been fielded, more than 500 do not meet the program's reliability and maintainability goals.

The GAO also noted that the July 2019 suspension of Turkey from the F-35 program is likely to compound production risks. The NATO ally was suspended from the program nearly a year ago after its purchase of the Russian-built S-400 anti-aircraft system, but The National Interest previously reported that as of April, Turkey was still a parts manufacturer for the Lockheed-Martin aircraft.

One factor could be that while new sources have been found for more than 1,000 of the Turkish-made parts, "the program is assessing the effect of 15 key parts not currently being produced at the needed production rate."

The GAO further warned that the costs to modernize the aircraft systems – Block 4 – actually went up about $1.5 billion or 14% since the program's may 2019 annual report to Congress. The cost increase has put the Block 4 development costs at $12.1 billion, and while development is scheduled to continue through 2026, the GAO has noted that the program reports to Congress will end in 2023 – meaning that Congress could lack "important" oversight information on the program. GAO has recommended that Congress update the oversight law and extend reporting through the full F-35 program.

GAO also made five recommendations to help the Department of Defense (DoD) make its modernization cost estimates more comprehensive and credible. These included:

- Evaluating the production process risks regarding reliability and maintainability targets as well as supplier readiness – particularly those that replacing Turkish suppliers. The DoD has disagreed and suggested there were other way to keep Congress informed including in its quarterly updates to the defense committees.

- The Office of the Under Secretary of Defense (OUSD) (Comptroller) should direct the F-35 program office to establish a Block 4 cost estimate baseline that includes all Block 4 costs. The DoD concurred and said that Block 4 estimates are available to Congress via the Future Years Defense Plan.

- The OUSD should direct the F-35 program office to complete a program office level, product-oriented work breakdown structure for the next update to its Block 4 cost estimate to ensure that the estimate meets the comprehensive leading practices. The DoD did not concur, and said that due to a number of on-going contracts that have different Work Breakdown Structures (WBS), the F-35 program does not currently have a single WBS and the program office would therefore be unable to complete this request prior to the next update.

- The OUSD should direct the F-35 program office to conduct risk and uncertainty analyses for the next update to its Block 4 cost estimate to ensure that the estimate meets the credible leading practices. To this the DoD concurred that the F-35 Program Office estimate is aligned with the DoD CAPE approach and methodology for performing Development Cost Estimates.

- The OUSD should direct the F-35 program office to consider the results of its future technology readiness assessment of all Block 4 technologies and incorporate the cost and schedule risks of developing those technologies in the next update to its Block 4 cost estimate to ensure that the estimate meets the comprehensive leading practices. The DoD concurred and said that the F-35 Program continues to evaluate Technology Readiness Levels (TRLs) for Block 4 hardware and capabilities and incorporate that information into the estimates as appropriate.