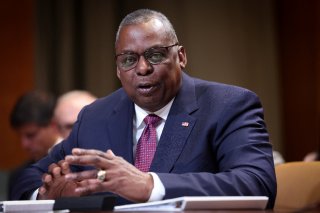 The Supreme Court's decision last week to overturn Roe v. Wade after nearly fifty years is bound to lead to a wide variety of responses from different parts of the government on how to handle the question of abortion. One viral social media post implied that the military was taking a surprising tack as a result of the decision. Alas, the post was wrong.

A Twitter account called BNN Newsroom tweeted on June 25, the day after the Court’s decision, that “The Pentagon has stated that any abortion laws enacted as a result of the Supreme Court's decision will not be recognized.”

The tweet, which has since been deleted, was followed by more tweets, which referenced a statement Defense Secretary Lloyd Austin released on Friday.  “Nothing is more important to me or to this Department than the health and well-being of our Service members, the civilian workforce and DOD families,” Austin said. “I am committed to taking care of our people and ensuring the readiness and resilience of our Force. The Department is examining this decision closely and evaluating our policies to ensure we continue to provide seamless access to reproductive health care as permitted by federal law.”

Needless to say, there’s nothing in that statement that supports the notion that abortion laws passed as a result of the Dobbs decision “will not be recognized.” But that didn’t stop some notable people from reacting to the BNN tweet. In fact, Rep. Marjorie Taylor Greene (R-GA) quote-tweeted it, adding that “When the leadership of the Department of Defense wages an insurrection against the Supreme Court, they must be removed. This is why we need Republicans with the fortitude to act when we gain the majority.”

On the other side, the liberal Twitter account Occupy Democrats also tweeted that “President Biden’s Pentagon defies the extremist Supreme Court, announces that it will not recognize any anti-abortion laws enacted by states as a result of the Supreme Court’s decision.” Also on Twitter, lawyer and activist Matthew Cortland pointed out that “BNN” does not appear to be a legitimate news outlet, but rather a web of connected social media accounts that are all operated by a Silicon Valley veteran who has been convicted of domestic violence.