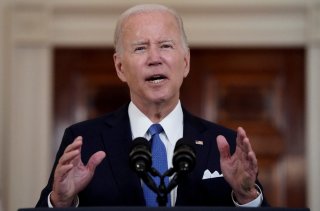 In a five to four vote, the Supreme Court on Friday overturned the Roe v. Wade decision, which established the federal constitutional right to an abortion.

By undoing nearly fifty years of precedent, the decision will leave it to individual states to determine abortion rights—unless Congress acts. According to CNN, nearly half of the states have or will pass legislation that prohibits abortion, while others have already signed off on strict measures regulating the procedure.

“Roe was egregiously wrong from the start,” Justice Samuel Alito wrote in his majority opinion.

“Its reasoning was exceptionally weak, and the decision has had damaging consequences. And far from bringing about a national settlement of the abortion issue, Roe and Casey have enflamed debate and deepened division,” he continued.

“The majority would allow States to ban abortion from conception onward because it does not think forced childbirth at all implicates a woman’s rights to equality and freedom,” they wrote.

“Today’s Court, that is, does not think there is anything of constitutional significance attached to a woman’s control of her body and the path of her life. A State can force her to bring a pregnancy to term, even at the steepest personal and familial costs,” they added.

Chief Justice John Roberts, who did not join the majority, wrote in a concurring opinion that he would not have overturned Roe v. Wade, but instead would have only upheld Mississippi’s law banning abortions after fifteen weeks.

“My point is that Roe adopted two distinct rules of constitutional law: one, that a woman has the right to choose to terminate a pregnancy; two, that such right may be overridden by the State’s legitimate interests when the fetus is viable outside the womb,” he wrote. “The latter is obviously distinct from the former. I would abandon that timing rule, but see no need in this case to consider the basic right,” Roberts continued.

President Joe Biden, per CNBC, responded to the ruling by saying that “the health and life of women in this nation are now at risk.”

“It’s a sad day for our country but it doesn’t mean the fight is over,” he said, urging Americans to elect more pro-choice lawmakers to the House and Senate in November’s midterm elections.

“It was three justices named by one president, Donald Trump, who were the core of today’s decision to upend the scales of justice and eliminate a fundamental right for women in this country. Make no mistake, this decision is a culmination of a deliberate effort over decades to upset the balance of our law,” he continued.

“It’s a realization of an extreme ideology and a tragic error of the Supreme Court in my view,” Biden concluded.