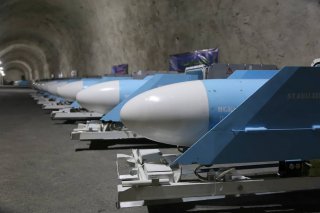 At least three European intelligence agencies have recently revealed that the Iranian regime engaged in procurement activities last year which could have advanced its progress toward developing weapons of mass destruction. Reports of these findings come at a sensitive time, as negotiations continue in Vienna over the potential restoration of a nuclear agreement that the United States pulled out of in 2018. Those negotiations may now be complicated by increased attention to old questions about the Iranian regime’s nuclear ambitions.

The German, Netherlands, and Sweden intelligence reports indicate that the Iranian regime has repeatedly attempted to cultivate business contacts in highly developed states for the purpose of acquiring equipment and technical knowledge that might be applied to nuclear activities and the development of weapons of mass destruction. All reports indicate that the incidents took place in 2020.

Some Tehran apologists claim that the Iranian nuclear program is peaceful because Supreme Leader Ali Khamenei has issued a “fatwa“ declaring nuclear weapons to be contrary to Islam. But the sincerity and practical effect of that edict have been called into question, with entities like the National Council of Resistance of Iran (NCRI) arguing that its likely purpose was to provide cover for the regime to surreptitiously pursue nuclear enrichment and procurement activities before rushing to nuclear weapons capability.

In February, Iranian Intelligence Minister Mahmoud Alavi said: “The fatwa forbids the production of nuclear weapons, ... but if they push Iran in those directions, it is not Iran’s fault. Those who pushed Iran in that direction will be to blame.”

In light of his position, there is no doubt that when Alavi was delivering these remarks, he was aware of the sorts of activities identified by German, Dutch, and Swedish intelligence agencies over the course of 2020. The Swedish report noted that Iran “conducts industrial espionage, which is mainly targeted against Swedish hi-tech industry and Swedish products, which can be used in nuclear weapons programs. Iran is investing heavy resources in this area and some of the resources are used in Sweden.”

Alavi applies the same narrative to specific acts of espionage and procurement as he did to the entire Iranian nuclear program in February. Some of the equipment sought by regime front companies and affiliates have potential applications to both civilian and military activities. This opens the door for Alavi and others to argue that Tehran originally intended for such material to be used for peaceful purposes.

Such arguments are—or at least should be—immaterial to any decisions made in this area by Western powers or the signatories of the 2015 Joint Comprehensive Plan of Action. When looking back on recent Iranian procurement activities in Europe, it must be understood that they all amplify the threat of Iran’s eventual “breakout” to nuclear weapons capability. The JCPOA was intended to extend the timeframe for that breakout to more than a year, but the procurement activities raise new questions about whether undeclared and undiscovered advancements have placed the regime farther along the path than the world realizes. Similar questions had already been circulating for months prior to the latest reports, thanks to Iran ceasing virtually all compliance with the agreement while also revealing violations that had been undertaken long before they were made public.

By January 2019, the head of the Atomic Energy Organization of Iran, Ali Akbar Salehi, was already boasting to state media about some of the ways in which his institution had deceived the international community over vital matters related to the 2015 nuclear deal.

The Iranian regime kept open an alternative, plutonium pathway to a nuclear weapon, while also continuing to enrich uranium as permitted by the JCPOA. Later in 2019, Salehi explained that this enrichment activity had also been subject to Khamenei’s instructions, and that the relevant authorities had established a “countermeasure” to prevent Tehran from being “trapped in the enrichment deadlock.”

By that time, the international community had already begun to see the effects of the countermeasure in the form of rapid increases in both the extent and the quantity of the regime’s uranium enrichment. That trend continued last month as Tehran began operating more advanced centrifuges in order to raise the ceiling for its enrichment from its previous high of 20 percent fissile purity to 60 percent.

Defenders of the JCPOA are well-represented in Vienna, but their argument is seriously undermined by the growing body of evidence that suggests Tehran was never committed to the deal in the first place and was never sincere.

Recent reports on illicit procurement are just the latest examples of that evidence. It should be clear by now that nuclear negotiations never succeeded in convincing the clerical regime's leaders to alter their plans or scale back on their belligerence toward foreign adversaries. It is not too late to learn the lesson of that failure and return to the beginning with a clearer understanding of the pressure that must be applied in order to truly halt the regime’s progress toward a nuclear weapons capability.

Tom Ridge was the nation’s First Homeland Security Secretary and the Governor of Pennsylvania.