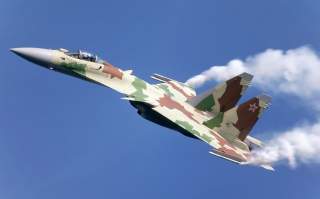 Key point: The Su-35S was intended as an interim solution; as a modernized air superiority fighter to sustain the Russian Aerospace Forces (VKS) through the 2010’s until the Su-57 fifth-generation stealth fighter enters serial production.

Mark Episkopos is a frequent contributor to The National Interest and serves as research assistant at the Center for the National Interest. Mark is also a PhD student in History at American University. (This first appeared last year.)