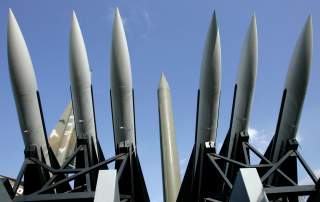 Key point: Mobile launchers can move around and (when well trained) their crews are very quick to set up, fire, and flee. This shows why stopping a missile launch is like trying to find a needle in a haystack-- a needle that can move.

Recommended: What a War Between China and Japan Would Look Like.