Forget All That Coronavirus News: iPhone 9 Is Coming Soon 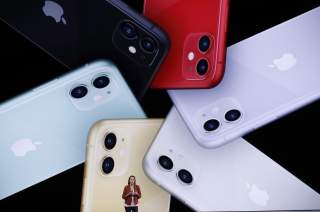 For all you Apple fans out there, the wait could soon be over. Recent reports have said that the iPhone 9 has supposedly entered mass production, as Apple opens up factories amid declining new coronavirus infections in China.

This news means the iPhone 9 launch is imminent. However, with the novel coronavirus currently affecting every facet of American life, imminent could still mean one or two months down the road.

So what can we expect from this highly anticipated device? Well, many are already pointing to the affordability factor. When the iPhone X and 11 first launched, they were in the whopping $1,000-plus range, a price point that many just could not afford.

With the iPhone 9, however, experts are calling for a price of about $400. That’s sweet music for those who have been left on the sidelines the past few years. Even better, if you’re still using the iPhone 6s or 7, this could be the perfect time to upgrade. If you’re wondering, you can buy a new iPhone 8 right now for $449, but obviously it would be smart to wait on that purchase.

What’s really fascinating about the iPhone 9 is that it will likely combine the iPhone 8 chassis with the internals of the uber-powerful iPhone 11. At around the $400 price point, this will surely be a win-win situation for current Apple customers and those looking for an entry into the Apple ecosystem.

As for the specs, it’s going to be plenty potent for the everyday user. Yes, it won’t come with Face ID, so you’re going to have to continue to rely on Touch ID. And it’ll come with an A13 CPU, 64 GB of storage, 4K60 video and 3 or 4 GB of RAM. Those of you still using the 6 or 6s are likely drooling right now.

The iPhone 9 will also come in a Plus size, which comes with a 5.5-inch LCD screen. The regular version will have a 4.7-inch LCD screen. The smaller screen size does harken back to the SE, which was unveiled back in 2016. Even with some also calling the iPhone 9 the SE2, be aware that the design won’t resemble the original SE at all, which directly originated from the iPhone 4 and 5.

Like the SE, which was launched during the lull between iPhones 6s and 7, the iPhone 9 will operate in the same fashion. After the success of iPhone 11, people are clamoring to see what’s next, and the iPhone will be the perfect appetizer for the iPhone 12. Apple’s showpiece, which is expected to launch later in 2020, is expected to provide MacBook Pro-like performance, a fourth camera, displays using next-gen OLED panels and 5G antennas.

The bottom line is this: If you’re on the fence about getting a new iPhone, wait until the iPhone 9 launch and see if it fits your needs. If not, the iPhone 12 surely will, but expect to pay a hefty price that may or may not fit into your budget.