iPhone 12 Update: What We Know, Don't Know and Really Want to Know 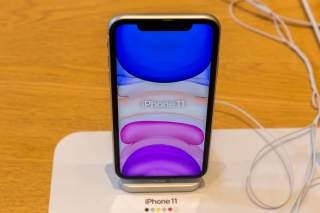 Apple is at least half a year away from announcing its next flagship phone, but a steady trickle of leaks from market analysts and industry insiders has given us an increasingly coherent picture of what to expect.

Here’s everything we know about the upcoming iPhone 12.

A fresh batch of leaks, dumped late last week, reveals a spate of new hardware details while reinforcing some previous points of speculation. First, expect some radical aesthetic changes: according to TF International Securities Analyst Ming-Chi Kuo, the iPhone 12 will feature the biggest chassis redesign since the 2017 iPhone X. Kuo believes that an iPhone 4- style metal midframe will replace the aggressively rounded edges of every Apple flagship since the iPhone 6. Apple’s rumored return to a boxier aesthetic would be consistent with the design language of the latest (2018) iPad Pro line, which also boasts sharp corners.

Apple, unfortunately, isn’t quite ready to do away with the front-facing display notch, which provides the sensor array space needed for its Face ID unlock technology, but expect the notch to be smaller on the iPhone 12. The square back bump will also be making a return, likely with an added fourth camera sensor. In keeping with the ever-increasing display sizes of the competition, this year’s top-end iPhone 12 Pro Max model is likely to go up in screen size from 6.5 to 6.7 inches; according to a JP Morgan analyst, we will also likely see 6.1 inch and 5.4 models.

The full camera specs have yet to be revealed, but the latest leaks from reputable sources allege that Apple is experimenting with a 64-megapixel primary camera, night mode support for improved camera performance in low-light conditions, and improved HDR capabilities.

More details have emerged over the iPhone 12’s battery capacity, which will apparently run up to 4,400 mAh for the Pro Max model. But 4,400 mAh isn’t that much more than the 3,969 mAh of the 2019 iPhone 11 Pro Max, and that difference could easily be swallowed up by the increased energy consumption of the iPhone 12’s likely 120Hz display and all-but-guaranteed 5G technology. We still don’t know if Apple plans to release a non-5G, lower-priced variants of the iPhone 12. At least one industry insider floated a 4G iPhone 12 variant as a distinct possibility late last year, but that speculation has yet to be corroborated.

A less discussed, but no less important prospective iPhone 12 feature is a different charging port type. With USB-C rapidly emerging as the universal standard for mobile devices--notably including Apple’s own Macbook and iPad Pro lines--there is a widespread consumer sentiment in favor of a USB-C connected iPhone 12. There were reports earlier this year that a recent European Parliament resolution for 'the mandatory introduction of common chargers for all mobile devices' may force Apple to design the next iPhone with USB-C connectivity, but it’s still too early to tell where the company's plans lie.

The iPhone 12 forges ahead to its slated late summer release against the ominous backdrop of the Coronavirus, which has already disrupted Apple’s production plans and damaged the company’s revenue projections to a noticeable degree. Nevertheless, the current crop of iPhone 12 leaks and industry insider analysis paints the picture of a strong hardware contender to succeed the acclaimed iPhone 11 lineup.