Forget the F-35: The Navy Must Have A 6th Generation Fighter 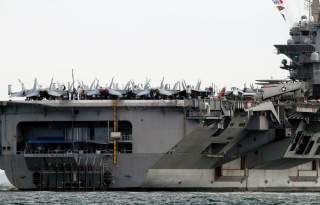 Key point: It will take another decade before the F-35 is capable of flight.

David Axe serves as Defense Editor of the National Interest. He is the author of the graphic novels  War Fix, War Is Boring and Machete Squad. This piece was originally featured in November 2019 and is being republished due to reader's interest.