The Forgotten Battle That Began the Second World War 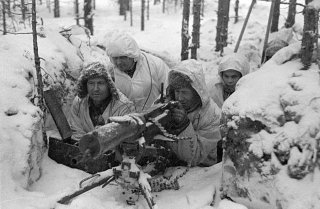 Most history books will tell you that the Second World War began on September 1, 1939, and ended on May 8, 1945. Of course, history is never so simple, and the last battle of World War II in Europe actually occurred sixteen days after Germany's surrender.

The Battle of Odžak is also unique because Germany wasn't even involved. Rather, it was fought between Yugoslav partisans and independent Croatian forces. As Yugoslav authorities tried to keep it a secret until 1971, no one can be blamed for not knowing about the battle.

While one forgotten battle happened after Germany’s surrender, another largely forgotten battle occurred months before the date most commonly used to mark the beginning of World War II. On March 14, 1939, the Battle of Czajánek's Barracks took place between Czechoslovakian military forces and the German Army. Notably, it was the only active resistance to the German Army during its occupation of Bohemia and Moravia.

The brief conflict took place after Germany annexed the Sudetenland, and it only occurred because German forces cut Czechoslovak communication lines earlier than expected. German forces, which sought to take control of the industrial region of Ostrava—and to prevent a feared Polish invasion of the territory—launched their attack one day earlier than Adolf Hitler initially planned.

After being granted the Sudetenland as part of the Munich Agreement in September 1938, Germany continued to make territorial demands, eventually forcing the Czech government to surrender to German forces. However, not all Czech troops received the government’s orders to stand down.

The 12th machine-gun company of the 8th Infantry Regiment, led by Captain Karel Pavlík, was not aware of the Czech government’s orders. The unit was undermanned at the time due to the desertion of ethnic German, Hungarian, and Slovak soldiers. As a result of the desertions, most of the unit’s soldiers were new recruits. However, when the roughly 200 men received word of Germany’s approach, Pavlík quickly ordered the construction of two improvised trenches. Seeing that the Czechs were dug in, the German forces, which consisted of infantry units and the elite "Leibstandarte SS Adolf Hitler" regiment, formed their own skirmish line in front of the barracks.

The SS unit attempted a direct assault with its Sd Kfz 22 armored cars, but one was hit by Czech armor-piercing rounds and was quickly disabled.

The Germans continued to attack as the Czech garrison successfully fended off three German assaults. The fighting continued into the night, and only as his men ran low on ammunition did Pavlík finally issue a cease-fire.

Soon, the rest of Czechoslovakia fell to the Germans without a fight.

Pavlík was initially allowed to retain command of his men, but later he and his second-in-command, Lt. Karel Martíne, joined a Czech resistance group named Za Vlast to help Czechoslovak pilots flee to Allied nations. Continuing his fight, Pavlík later moved to Prague and joined another resistance group led by Ladislav Vaněk.

Pavlík was eventually captured and executed by the Gestapo after Ladislav Vaněk betrayed the resistance group. While his body was never found, his symbolic grave is located in Kostelec nad Černými lesy. Much like the brief battle, the first military commander to face the German Wehrmacht is essentially a forgotten hero.