France and the United Kingdom Want to Build Hypersonic Missiles Together 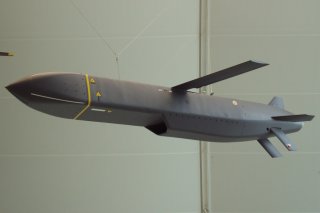 France and the United Kingdom are working together to develop a new missile. The project, dubbed the Future Cruise/Anti-Ship Weapon program, would replace several missile systems in British and French service, including the Harpoon (British) and Exocet (French) naval missiles, as well as the Franco-British air-launched Storm Shadow/SCALP cruise missiles.

The program will funnel money from France's Direction générale de l'armement (DGA) and the U.K.’s Defence Equipment and Support (DE&S) organization to MBDA, a European missile manufacturer. The company will receive direction and input from both the French Navy and the Royal Navy.

“The FC/ASW programme is an example of the value of the ‘One MBDA’ integrated model. By combining technology, industrial capacity and funding across borders, we can deliver unique and advanced sovereign capabilities. Following the conclusion of the FC/ASW Concept Phase, the confirmation of the launch of these preparation works testifies the renewed confidence of our two countries towards MBDA,” Eric Beranger, CEO of MBDA, said in a company statement.

“The project will take advantage from our sustained French/UK Centres of Excellence,” he added. “This reinforcement of MBDA’s portfolio of deep strike and anti-ship systems will allow MBDA to offer to our armed forces, whose satisfaction is our priority, a cutting-edge solution fitted to their requirements and adapted to all existing or future operational needs.”

Though still in the planning and development phase, the missile is a stealthy, hypersonic missile. Powered by a ramjet motor, the missile prioritizes flexibility and could be used in land attacks as well as in anti-ship applications, both launched from the air or from submarines.

While the missile will be developed jointly, the Future Cruise/Anti-Ship Weapon program would produce a pair of missiles rather than just a single design. Material from MBDA explains that “these preparation works will focus on the co-ordinated development of a programme of next generation deep strike and heavy anti-ship weapons. It will assess two complementary missile concepts, expected to be fielded at the end of the decade: a subsonic low observable concept and a supersonic, highly manoeuvrable concept.”

Though not yet in British or French service, the joint missile project could enjoy a fast-track development process thanks to the increasingly fragile security situation in Europe.