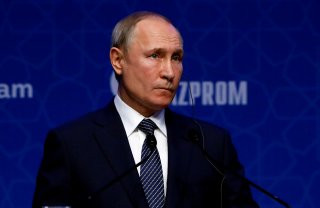 Russian energy giant Gazprom has announced it will shut down the Nord Stream 1 pipeline for seventy-two hours, the latest in what critics have described as Moscow’s attempts to put the energy screws to Europe.

"Supply via Nord Stream has been completely stopped, today scheduled preventive work is starting at the gas pumping unit," read a statement published by Gazprom. The gas flow at the reception point in Greifswald, Germany, was stopped at 04:00 Moscow time on Wednesday and will resume at 04:00 Moscow time on September 3, Gazprom added. The suspension is “necessary for maintenance and scheduled preventive work on the only gas compressor unit remaining in operation,” according to a summary of Gazprom’s statement by Russian state news outlet TASS. Supplies will be restored on September 3 to an output of 33 million cubic meters per day provided there are no unexpected technical challenges, according to Gazprom. Nord Stream 1, a significant pipeline that supplies gas from Russia to Europe, has been operating at about 20 percent of its maximum capacity since July 27 due to what Moscow described as technical problems with turbines.

Gazprom announced in a separate statement on Tuesday that it is suspending natural gas supplies to French multinational utility company Engie, citing Engie’s insufficient payments for July. “In this regard, Gazprom Export notified Engie about the complete suspension of gas supplies starting from September 1, 2002, until receiving funds for supplied gas in full amount," Gazprom said. Engie has not commented on Gazprom’s decision.

Western leaders say Moscow is leveraging its position as a major global energy exporter to retaliate against Europe over the sanctions placed on Russia following its invasion of Ukraine. Germany’s Federal Network Agency chief Klaus Mueller claimed Gazprom’s suspension of Nord Stream 1 is  “technically incomprehensible” and motivated by political considerations. "Very clearly Russia is using gas as a weapon of war and we must prepare for the worst case scenario of a complete interruption of supplies,” said French energy transition minister Agnes Pannier-Runacher. The Kremlin has denied Europe’s accusations of “energy blackmail,” insisting that Gazprom's actions fully comply with its contractual obligations.