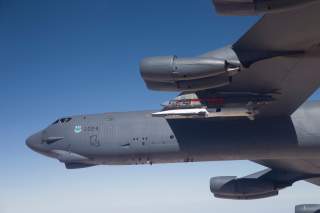 Key Point: Some hypersonic weapons are so fast and maneuverable that they are unlikely to even be seen by existing radars.

This article by Dan Gouré originally appeared at Real Clear Defense in 2019. It is being republished due to reader interest.

Image: A U.S. Air Force B-52 carries the X-51 Hypersonic Vehicle out to the range for a launch test from Edwards AFB, California in this handout photo provided by the U.S. Air Force on May 1, 2013. REUTERS/Bobbi Zapka/USAF/Handout via Reuters