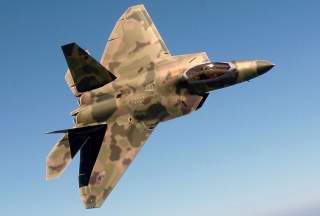 However, the IDF purchased the F-15 when it was still primarily an air-superiority platform, then made the necessary modifications on its own to transform the fighter into a devastating bomber. The F-22, which otherwise serves Israel’s air superiority needs nicely, might have gone through a similar process.