Going Old School: Why the U.S. Navy Needs Battleships to Beat China in a War 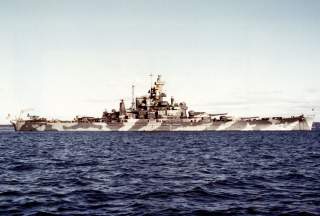 Key point: Battleships would be able to take many punches and so survive the opening battles of a war.

Salvatore Babones is an associate professor of Sociology and Social Policy at the University of Sydney. This first appeared in March 2018.