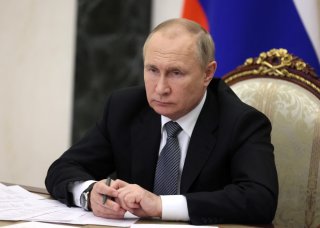 Leaders from the Group of Seven (G7) nations—the United States, Canada, the United Kingdom, France, Germany, Italy, and Japan—announced during a summit on Sunday that they had collectively imposed a ban on Russian gold, one of Moscow’s largest and most lucrative exports, in an effort to further isolate the Russian economy and deprive the Kremlin of funds following its invasion of Ukraine in late February.

President Joe Biden, who attended the G7 meeting in Schloss Elmau, Germany, declared that the new measures would help to prevent Russia from “rak[ing] in tens of billions of dollars” from the West.

British prime minister Boris Johnson concurred, writing in a statement that the ban would “directly hit Russian oligarchs and strike at the heart of Putin’s war machine.”

“We all need to starve the Putin regime of its funding,” Johnson’s statement read. “The UK and our allies are doing just that.”

Following Biden’s remarks, an anonymous U.S. official reported that the G7 would officially announce the measure on Tuesday.

The measures against Russian gold came on the same day as a Russian missile strike on Kyiv, Ukraine’s embattled capital, disrupting a relative calm in the country’s ongoing fight against a Russian invasion, in which hostilities have largely been confined to the country’s eastern and southern regions following the withdrawal of Russian forces around Kyiv in late March.

Russia has also made territorial gains in Ukraine’s eastern Luhansk region, including the city of Severodonetsk, following a two-month battle.

Ukrainian foreign minister Dmytro Kuleba urged the G7 to impose additional sanctions against Russia in response to the missile strike and to provide Ukraine’s armed forces with additional heavy weaponry.

“This [seven-year-old] Ukrainian kid was sleeping peacefully in Kyiv until a Russian cruise missile blasted her home,” Kuleba wrote on Twitter. “Many more around Ukraine are under strikes. G7 summit must respond with more sanctions on Russia and more heavy arms for Ukraine.”

Russia gained more than $15 billion from its global gold exports in 2021 although its exports to the United States and Europe shrank following the initial round of Western sanctions. Commodities experts noted that the larger impact to Russia’s gold exports had come in March after the London Bullion Market Association removed six major Russian gold refining companies from its list of accredited sellers.

Following the G7 announcement, the spot price of gold edged upward in the West although observers also noted that Russian exports to Asia would continue, preventing the G7 nations from isolating the Russian economy and keeping gold prices mostly intact.