The Government Admits UFOs Exist – But What Does That Mean? 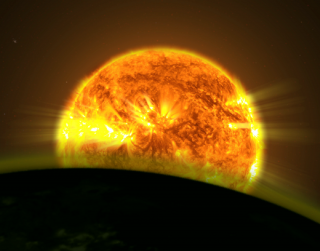 By now, UFO stories are somewhat unremarkable, if not passé, and most people have not taken them seriously for some time. However, recent events have sparked curiosity and interest in the topic. In December 2020, the 5,500-page omnibus bill that provided for $600 stimulus payment to all Americans also included thousands of other, smaller requirements – including one that obliged the Pentagon to provide an unclassified report on the U.S. government’s UFO program within six months of the bill’s passing.

The omnibus bill passed in December; it is now June, six months later, and the report is scheduled to be released within the month. While no one in the public knows what it contains yet, it is unlikely to reveal any decisive new information concerning the origins of the mysterious phenomena.

UFOs are not exceptionally uncommon for military and civil aviation pilots to see. The definition can broadly refer to any object or discoloration the pilot sees in the sky for which he or she does not have an explanation; sometimes, the explanation is provided later, while sometimes it is not.

For instance, John Cheshire, a former U.S. Navy fighter pilot, describes an incident involving a UFO while he was serving as a commercial pilot in the 1990s. Via Quora:

I was a captain flying a B-737 late at night on a very short leg from Las Vegas (LAS) to Los Angeles (LAX). This was sometime in the 1990s. It was late at night and the more normal heavy air traffic around LAX was greatly reduced at this late hour. […]

Passing through 18,000 feet/5486m we noticed what we thought was another aircraft well off to our left and high above us. We had no other traffic to observe than this one. […]

Right before we made the right turn to intercept the final approach course, I once again glanced up at our traffic. What I saw I would never forget! Those bright lights we thought were from an aircraft on approach suddenly and almost instantaneously moved horizontally across the night sky by maybe 35 to 40 degrees and at a considerable distance! Nothing could move that fast! It defied physics. […]

A few seconds after it had made this astonishing move, it made another much shorter and very quick jump a couple of degrees downward. By this time we were almost passing through the localizer and we had to turn away from this ‘thing’. As I looked back over my shoulder I saw it move again horizontally toward its earlier position rapidly, but nowhere near the almost instantaneous movement across the great span we saw earlier. I later wondered if maybe it was the reflection from some kind of searchlight, but it was a clear night with no clouds to reflect upon. Also it had multiple and distinguishable lights, just like an airliner’s. […]

We never reported this incident although I have thought about it over the years many times. Really what could we say?

As previously stated, it is indisputable that “UFOs” have existed, in one sense or another. Thousands of strange objects have been seen and photographed in the sky, and many do not yet have an explanation, hence the name unidentified flying objects. Whether these objects are actually flying saucers crewed by green men from Mars, though, is a separate issue entirely.