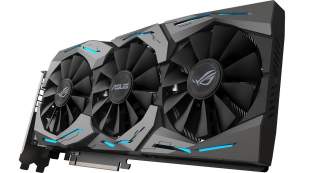 The graphics card market is as saturated as it ever was, with industry leaders Nvidia and AMD persistently trying to upend one another with a glut of new product releases and lineup refreshes over the past year. Though competition is always good, the sheer number of options can prove daunting for newcomers to the PC building space. But fear not-- we’re here to help you get the most bang for your buck with a concise buyer’s guide to graphics cards.

As with most other PC components, graphics cards are a highly personalized purchase. Whether you’re interested in photo/video editing, colorwork, or pc gaming, a bigger price tag doesn’t necessarily translate to a better experience; if you’re not taking advantage of your card’s full performance potential on a regular basis, then it’s very likely that you’ve overpaid for performance you don’t need.

The “best” graphics card is the one that offers the performance you’re looking for at a price that you’re willing to pay.  With that in mind, we’ve compiled a list of top entries for a wide range of budgets.

Nvidia released the GTX 1650 SUPER late last year to challenge AMD’s Radeon RX 500 series’ undisputed reign as the budget price-to-performance leader. For those looking to buy into a comfortable 1080p gaming experience without breaking the bank, the 1650 SUPER pumps out respectable performance at a price that’s hard to beat. Low maximum temperatures and efficient energy consumption also make the 1650 an attractive option for the growing subset of macbook owners using an external graphics card dock. Though the 1650 SUPER is perfectly capable as an entry-level video editing platform, creative professionals would be better served by the more premium options covered further along in this guide.

The RX 5700 came like a bolt out of the blue in the summer of 2019, blowing out Nvidia’s excellent RTX 2060 in the vaunted mid-tier category. Simply put, the 5700 is arguably the best card for most people because it offers staggeringly good performance for its price. The 5700 has set a new standard for what to expect from the mid-range category, effortlessly chewing through all but the most demanding games at 1440p and/or high refresh rates. AMD has historically lagged behind Nvidia in software features, but that gap is now smaller than ever with the release of the RX 5000 series, introducing useful visual enhancements with the open-source FidelityFX suite.  The inherent loudness of the 5700’s blower fan design may not appeal to some, but there are plenty of aftermarket options calibrated for lower temperatures and quieter performance. Those looking for a bit more oomph whilst staying on a mid-range budget should also consider the 5700’s slightly beefier cousin, the 5700 XT, which offers a modest 10% price increase for a $50 price bump.

Whether to tackle the enormously demanding task of 4k, high-refresh-rate gaming or to power the most intense rendering applications, some simply need the best. For consumers in this category, the Nvidia 2080 Ti remains the undisputed choice-- just make sure that your system is running a sufficiently large power supply unit (PSU), and a similarly high-end CPU to take full advantage of the 2080 Ti’s capabilities without any performance bottlenecks. The 2080 Ti boasts a colossal price tag, but offers an equally impressive return on investment for gamers and creative professionals looking to plow through the most challenging tasks with ease.