The Great Retail Depression of 2020 Is Here (Thanks to Coronavirus) 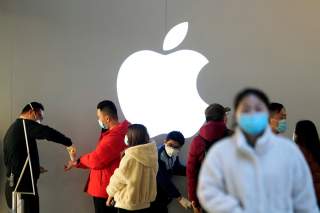 As restaurants and bars are closed across the country due to the coronavirus pandemic, shopping malls are following suit. Simon Property Group, the largest owner of malls in the United States, closed all of its properties yesterday. Malls owned by Westfield and Taubman closed this morning. This will have a catastrophic impact on U.S. retailers, who rely on in-person stores and foot traffic to drive their business model. Here are some of the top companies that will suffer:

Apple Inc. The electronics company, along with competitors Microsoft and Samsung, announced that it was closing its stores until further notice. The original timetable was to open its almost five-hundred locations again by the end of March, but those plans are being reworked. The closure is now labeled “indefinite.” The one exception is in greater China (the virus’ origin), where their over forty stores had previously been closed but are now reopened. Apple is instituting limits on online purchases due to supply chain stress. Customers are now limited to two devices per model per person.

Nike. The footwear and apparel corporation closed its stores on Monday in locations around the world, including in the U.S., Canada, Western Europe, Australia, and New Zealand. “The well-being of our teammates and consumers is our top priority,” the company announced, while also keeping stores open in Japan, South Korea, and most of China. Until the stores’ planned reopening on March 27, customers are encouraged to order through the website. Despite a predicted loss this quarter of $3.5 billion due to the coronavirus, Nike is still donating $15 million to response efforts in the Pacific Northwest, one of the most infected areas.

Victoria’s Secret. The women’s lingerie and beauty product seller is closing its stores in the U.S. and Canada until the end of March, along with Bath & Body Works, which are both owned by L Brands. Unlike the other retailers, however, Victoria’s Secret will also be closing its online store along with its physical locations. Its employees will continue to be paid during this time, although L Brands is expected to face a loss of $2.57 billion.

Urban Outfitters. The young adults-focused clothing store is closing its locations worldwide until the end of the month due to the coronavirus. “Our goal has always been to provide you with safe spaces to come together, laugh and be inspired,” the company tweeted, along with promising that its employees will continue to receive pay. Other clothing stores that have shut their doors for at least two weeks include Old Navy, H&M, and Abercrombie & Fitch, among others.

The other stores still open. Retail outlets that consider their products essential are remaining open despite the pandemic. They include Walmart, Target, The Gap, Best Buy, and even places like GameStop and Starbucks. Several of these companies are reworking their store hours, creating times where shelves can easily be restocked and people who are more likely to be in danger from the coronavirus (like the elderly and immune-compromised) can shop without crowds.