Shut It Down: Why America's Bars and Restaurants are Shuddering Their Doors Over Coronavirus 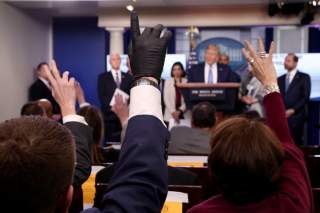 The number of positive cases of the coronavirus has grown to over thirty-seven hundred in the United States. At least seventy-one people have died from the pandemic. This has increased the quarantine measures being implemented in the U.S. capitol since the Trump administration took action last week. Seventeen people residing in the District of Columbia have tested positive.

Friday and Saturday night, people in Washington, DC continued to congregate in nightclubs, bars, restaurants, etc., in preparation for St. Patrick’s Day weekend. The annual parade on Monday had already been canceled. This inability to follow health recommendations led to additional forceful action later in the weekend and prompted District of Columbia Mayor Muriel Bowser to announce on Sunday the forced closure of all nightclubs and multipurpose facilities in Washington, DC. Bars and restaurants were to end all bar seating and service to standing people. If restaurants continue to serve in-house dining, customers must be limited to less than six people per table and those tables must be separated by at least six feet. Starbucks and other local coffee shops have removed all customer seating to encourage people to purchase their beverages and leave immediately.

Furthermore, all gatherings of more than 250 people have been banned outright. DC landmarks, including the Smithsonian museums, the National Zoo, and even Arlington National Cemetery have been closed to all visitors and tourists.

Public schools have been shuttered, although some locations are remaining open to provide children with the free, subsidized meals they might otherwise miss.

These new restrictions, especially on restaurants, have not been met without opposition. The Hill Restaurant Group, which owns and operates multiple eateries within the city, announced early this morning that they would not be following the health notice and would continue with business as usual.

“[W]e will not bow down to pressure from the Mayor’s Office or any group for that matter who covertly is attempting to shut us down,” the industry group said in a Facebook post. “We fully support our employees and our patrons. It is not our burden to bear nor is it our staff’s burden to bear.”

This break from the ranks elicited immediate pushback by residents and a direct phone call by Mayor Bowser that the restaurants would be legally compelled to comply with the restrictions through the “emergency authority.”

By the afternoon, the group had relented and announced it would close its doors. “I have to start letting people go. I don’t have the wherewithal to pay them,” Tom Johnson, a managing partner, told The Washington Post. “It’s literally going to put me out of business. I’m going to go bankrupt.”

These sort of mass layoffs in the service industry, occurring all over the country, will have massive repercussions on the economy and people’s ability to live functional lives during the crisis. Others are raising alarms about the implications that these forced closures have for civil liberties.