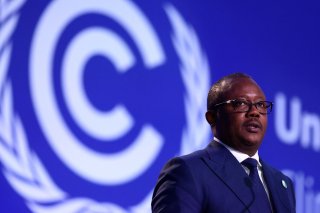 The palace’s defenders fought back, resulting in a five-hour-long shootout that caused significant damage to the palace. Although the attackers allegedly took several hostages, the country’s state radio and television broadcaster described the incident as having ended in failure.

Hours after the attack, President Embalo’s suggested in a video on his Facebook page that it had been part of an attempt by drug traffickers and corrupt officials to overthrow him.

Separately, the president told AFP on Tuesday that the situation was “under control” and that the violence had stopped. He gave an address later in the evening from the presidential palace in which he described the incident as an unsuccessful attempt to overthrow his government. In his remarks, Embalo appeared to blame disloyal members of the country’s security forces for the attempted putsch, although he did not reveal their identities.

Guinea-Bissau appears to be the fourth nation in West Africa to be affected by a military coup in the past two years. Mali, Guinea, and Burkina Faso each experienced military coups in 2020, 2021, and 2022. The three nations were all suspended from the Economic Community of West African States, or ECOWAS, for their refusal to reinstate civilian governments.

ECOWAS condemned the incident in Guinea-Bissau, which it described in a statement as an “attempted coup.”

“ECOWAS is following with great concern the evolution of the situation in Guinea-Bissau,” the statement read, saying that it “condemn[ed] this attempted coup and [held] the military responsible for the safety of President Umaro Sissoco Embalo and members of his government.”

The African Union also expressed its concerns, urging the military to intervene and rescue any hostages taken by the gunmen.

Although Guinea-Bissau has made recent strides in democratic development, for many years it was one of the least stable countries in West Africa, undergoing four military coups d’etat and a dozen other attempted putsches from 1974 until 2012. Since 2012, conditions have improved somewhat, and Embalo, a former general in the country’s armed forces, took office in 2020 after winning an extremely contentious runoff election.