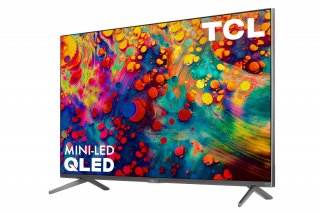 For the last couple of decades, most cities in the U.S. have had their own regional sports networks (RSNs), on cable, where sports fans can watch their favorite teams on cable or other traditional pay-TV.

The RSNs have been surprisingly resistant to other disruptions in technology. With the advent of the DVR, sports—which are mean to be watched live—suddenly became much more valuable than most other TV programming, which led to lucrative local and national deals for sports teams and leagues.

And when cord-cutting started to get a foothold, regional sports networks were one thing that prevented many people from taking the plunge, with most sports not available on streaming services until relatively recently.

Now though, according to a new analysis, cord-cutting has indeed begun to affect the RSN model.

Sportico wrote this week about the phenomenon, and its many causes.

“As the cable bundle continues to unravel, regional sports networks have been downgraded from industry darlings to near-revenants, and while some might argue that the wheels started flying off in spring 2020, when the pandemic brought the world to a shuddering halt, the cautionary klaxons began blaring five years ago.”

The tipping points included the continuing decline of the traditional pay-TV model, as well as increasingly frequent fee disputes. It also didn’t help that the pandemic led to a four-month shutdown of live sports.

“As operators began coming to terms with this reversal of fortune, they began looking for programming to weed out of their channel lineups, and the RSNs and their nosebleed distribution fees all but jumped off the balance sheets,” Sportico said.

“Fearing that their failure to provide local sports content would send a significant percentage of subscribers scrambling for an alternative service, the smaller outlets maintained their RSN deals,” the site said. “But in so doing, the carriers had no alternative but to pass along the elevated cost of carrying those channels to a cohort of customers who didn’t necessarily have any interest in local sports. In other words, the price of retaining the sports junkies was increased churn among non-fans who were fed up with their steadily rising monthly bills.”

Meanwhile, Sinclair, which now owns the former Fox Sports Net RSNs under the name Bally Sports, is preparing a direct-to-consumer version of its networks, although Sportico pointed out that Wall Street has some worries about Sinclair’s level of debt.

“The end is coming, eventually, and in the best-case scenario, a good chunk of the extant RSNs may be able to survive the final collapse under the direct-to-consumer model. But anyone thinking of making the transition had better make it snappy. Once we come to the end of the gradually, that suddenly is going to come down like a ton of bricks,” Sportico said.