Could Local Sports Go Direct-to-Streaming in 2022? 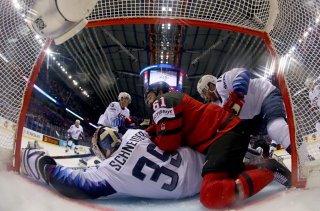 For all of the popularity of cord-cutting the last few years, one of the things keeping a lot of TV watchers from taking the plunge is the ability to watch local sports.

The games of most sports teams air on regional sports networks (RSNs), which in many markets are only available through cable and other traditional TV. The Bally Sports Network channels, in many U.S. markets, are also not available on YouTube TV or Hulu + Live TV.

It has been reported for much of the past year that Sinclair, which owns the Bally Sports Network channels, is getting ready to launch a direct-to-streaming product, which would allow subscribers to get regional sports networks without subscribing to traditional pay-TV, while presumably paying a robust fee for the purchase. The company’s CEO addressed that this week.

Sinclair President and CEO Chris Ripley, speaking on the company’s earnings call, stated that “we continue to push forward on our business plan and have made many key hires as we march toward our initial product launch date,” as reported by The Streamable.

The service would cost about  $19.50 a month, based on a revenue calculation in the company’s recent filing with the SEC, The Streamable said.

“The economics of monetizing a DTC user are different from your traditional linear local sports viewer. Having fans access to via an app that is on our platform gives us a direct line to the viewer and as a result unlocks a whole set of opportunities to engage and monetize these consumers, given the direct relationship with viewers, we’re able to create a Metaverse or marketplace, where we can serve up a more personalized and optimized experience for the viewer,” Ripley said on the call.

Sinclair acquired what used to be called the Fox Sports family of sports networks after they were sold off following the Disney-21st Century Fox merger. Ballys acquired the naming rights for the network, as part of the mainstreaming of gambling-related content in professional sports in recent years.

Meanwhile, the New York Post reported in early July that Sinclair had put in a bid to purchase the regional NBC Sports networks from Comcast. Comcast recently announced that it was shuttering the national NBC Sports Network, and changing its sports focus to the streaming service Peacock.

Those regional channels, which are in such major markets as Boston, Philadelphia, Washington, and the Bay Area, would presumably extend the Bally Sports brand into more markets. In addition, the NBC Sports networks are currently available on Hulu + Live TV and YouTube TV, which would presumably change in the event of a Sinclair purchase.