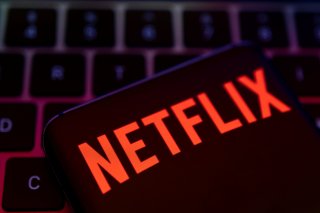 Netflix shocked observers at the end of the first quarter when it announced that it lost subscribers for the first time in more than a decade and that it expected to lose even more in the second quarter.

At the same time, Netflix said that it will do something that it long vowed it would not do: incorporate advertising into its platform on a new ad-supported tier.

“One way to increase the price spread is advertising on low-end plans and to have lower prices with advertising. And those who have followed Netflix know that I've been against the complexity of advertising and a big fan of the simplicity of subscription,” Netflix co-CEO Reed Hastings said on that earnings call.

“But as much as I'm a fan of that, I'm a bigger fan of consumer choice. And allowing consumers who would like to have a lower price and are advertising-tolerant get what they want makes a lot of sense. So that's something we're looking at now. We're trying to figure out over the next year or 2. But think of us as quite open to offering even lower prices with advertising as a consumer choice.”

More recent reports have indicated that Netflix has told employees that the new tier could arrive as soon as this year.

Now, a new report has provided some insight into what the new product will look like.

According to Insider, Netflix has been pitching advertising executives on the new tier, and Netflix plans to “deliver a less interruptive experience for viewers than rivals Hulu and HBO Max.” That means the ads will arrive before and after shows, rather than during them. In addition, there will be fewer ads than what is offered on other streaming services.

While some of its newer rivals have launched with different tiers that either do or don’t include ads, Netflix has remained ad-free since its streaming launch more than ten years ago.

"Netflix is expected to employ its huge data analytics machinery to understand how viewers will be receptive to ads. It's also been meeting with ad-tech companies to build an online ad offering (including ones that specialize in ads in video games, another area that Netflix has recently entered),” the Insider story said of the streaming company’s plans.

Insider also obtained a survey of the questions that Netflix has put to advertisers. These include “looking at your annual plans, what challenges do you perceive that you hope/think Netflix is well placed to help you solve?,” and “are there specific targeting features that you would be excited about Netflix offering?”