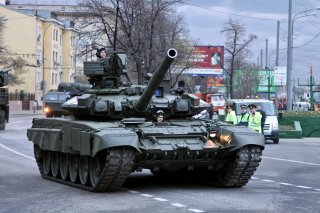 The recent developments between Russia and Ukraine are only a reminder that Russia’s foreign policy in the post-Cold War era could be divided roughly into two periods: from the end of the Cold War to the outbreak of the Russia-Georgia War in August 2008, and from then onwards.

The war between Russia and Georgia in August 2008 was a turning point as it projected a new assertive Russian policy beyond its borders. Two further military interventions followed, each one in a different geopolitical context and under different circumstances: the 2014 incorporation of Crimea and involvement in the revolt by Russian inhabitants in Eastern Ukraine and the direct military intervention in the Syrian Civil War from September 2015.

To be sure, August 2008 may be seen as a turning point in Russian action, though, conceptually, the roots of this new assertive policy could be gauged before. Russia had already made clear, prior to its military intervention against Georgia, that it was dissatisfied with the prevailing international order. Thus, for instance, in a speech he delivered at the Munich Conference on Security Policy in February 2007, Vladimir Putin, Russia’s president, came out clearly and unequivocally against the prevailing international order, criticizing, among other things, the United States for its excessive use of force and its tendency for domination.

Certainly, from a Russian perspective, Russia’s policy could be seen as reactive. The United States and its European allies had pledged at the end of the Cold War that the North Atlantic Treaty Organization (NATO) would not expand eastwards beyond Germany. The Soviet Union and Russia subsequently had consented to the unification of Germany, to the process leading to parliamentary democratic systems in formerly Communist countries, and to the consequent disappearance of the Warsaw Pact, among other reasons, on the reassurance that NATO would not extend its membership to East European countries.

That pledge was broken. So much so, that countries bordering on Russia like Poland, Ukraine, and even Georgia were offered to be members of NATO. Even membership of the European Union was regarded by Russia as potentially menacing, entailing, beyond the political and economic agendas, also a security dimension.

Such a process was perceived by Russia as dangerous. Not only was a major pledge broken, but Russia was treated as a second-rate power, whose position could be blatantly ignored. To be sure, this was not merely a matter of status and honor. Although the Cold War was over, and thus Russia supposedly should not have worried that an eastward expansion of NATO might pose a danger to its national security, the Russian leadership still perceived that as a threat. Why?

History might give us an answer. After all, Russia had been invaded from the West by several enemies, including Napoleon’s France at the beginning of the nineteenth century and Germany in World War I and in World War II. Russia had always felt vulnerable. Defensible borders for Russia had always meant a secure geopolitical sphere of influence. That could emerge either in the form of direct control, as it happened during the lifetime of the Soviet Union, or indirect influence, as it was expected would happen in the post-Cold War period. The latter, the Russian leadership would argue, did not occur due to broken promises and a lack of sensitivity to Russia’s national security interest. To contend that Russia’s neighbors do not harbor ill intentions towards it may be important, but ignores Russia’s subjective perception, shaped by a painful history of threats and invasions from the West.

On the other hand, Russia’s neighbors, used to intimidation and subjugation by Russia for centuries, perceived Russia’s actions from 2008 onwards as menacing and destabilizing. Rather than wanting to be reassured about its security, Russia has pursued a policy of expansion, wishing to thwart any political move that is inimical to its worldview. Russia is afraid of its neighbors establishing a stable, thriving parliamentary democracy, and joining other fellow democratic countries in various international organizations, not because it feels threatened, but on account of its paranoid attitude and authoritarian worldview. Russia’s leader, Vladimir Putin, is a modern version of Russia’s Tsar, according to this assessment.

Did the war against Georgia in 2008, and the ensuing policy pursued by Russia in the international arena, signal the beginning of a Tsar-like or perhaps even of a Soviet-like foreign policy?

The war against Georgia in 2008 was a watershed in Russia’s foreign policy as it translated into action a conceptual worldview that had gradually emerged a few years before. In Georgia, Russia was confronting not only a focused challenge to its friends and allies in South Ossetia and Abkhazia, but also more widely what it perceived as a threat to its international status and national security interests by an ever-expanding NATO and, to a lesser extent, the European Union.

For the first time since the end of the Cold War, Russia projected its power directly and forcefully beyond its borders (if one does not include its military incursions into Chechnya, which anyhow Russia regarded as an integral part of Russia). In responding to the Georgian military operation in South Ossetia, Russian troops counter-attacked not only in South Ossetia but went on further to conduct military operations in Georgia itself.

Russia’s victory in the war afforded its political leadership confidence and a sense of purpose.

Vladimir Putin, who thought that the collapse of the Soviet Union had been a tragedy, wanted Russia to become a superpower bereft though of the ideological drive that characterized the Soviet Union. Thus, Russia had no intention to be a revolutionary power in the guise of the Soviet Union, Nazi Germany, or Napoleonic France. Certainly, it lacks the ideological vision of a revolutionary power. Few if any are examples of revolutionary actors bereft of a strong ideology shaping their actions. Putin’s Russia has striven for security, influence, and stature. In trying to achieve those objectives, Russia has been ready to display ruthlessness and ignore niceties.