How Big of a Screen? What Hard Drive Size? How to Buy a Great Laptop 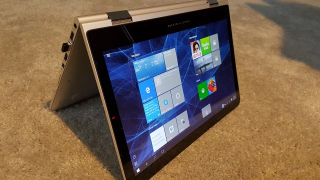 There’s a bewildering array of hardware specifications to evaluate whenever your browsing options for your next laptop. However, it’s possible to focus on a half-dozen key qualities to make sure you get the right combination of convenience and computing power to meet your needs.

A companion article goes over how to make some basic decisions on your next laptop: are you looking for just basic use, power use, or a gaming computer, a PC or Mac, and so forth. Here, we’ll delve into greater detail on key hardware specifications you should keep in mind when selecting a new laptop.

One of the more straightforward tradeoffs you must consider is whether you’d rather have a bigger screen with which you can better enjoy movies, photos, and video games. Or would you prefer a smaller, lower-weight laptop handier for carrying around and using in public spaces like the tray table of an airliner?

Screen size is measured diagonally from one corner of the monitor to the opposite corner. Laptops with 17” or 19” options are quite hefty, while 13” or 11” monitors are highly compact. (For a genuinely portable-feeling laptop, you should aim for no more than two or three pounds.) Thus, 14” or 15” screens occupy a handy middle ground.

My advice? Get a medium or large screen if you intend to play lots of games or watch a lot of media, if you do visually intensive work on it (photo editing, lots of open windows), or if you don’t expect to move the laptop around very frequently.

Get a smaller screen if you intend to carry a laptop around with you a great deal, and don’t need great graphical fidelity for whatever you’re doing.

And if you’re a college student or business person who revels in the ability to whip out a lightweight laptop anywhere at a moment's notice, make sure you're getting a model with at least four to five hours of battery life if not more. After all, being able to carry your laptop anywhere isn’t so useful if you can’t use it away from its charger for a significant length of time.

There are really two variables to consider: how much data you can carry, and how quickly you can access it. Solid-state drives (SSDs) are extremely fast and reliable, while traditional spinning hard drives can scale up in size very cheaply.

Here’s my advice: get a solid-state drive. SSDs make even the most routine of tasks go a lot faster, thereby lowering the sort of stress-inducing delays known to inspire high blood pressure.

Unfortunately, SSD storage does not get dramatically cheaper per gigabyte the more you purchase, unlike old-fashioned disk drives for which you can find a terabyte of disk space at a reasonable price.

There are a few approaches to mitigating this problem. Some computers have hybrid drives—an SSD drive to run applications and open frequently-used files, accompanied by a traditional hard drive for storing data you expect to access less frequently. Alternatively, you could store files on an external drive connected via a USB port, or on an Internet-based cloud storage service.

I’d recommend a minimum of 256 Gigabytes of storage for a computer—remember, the operating system will already take a hefty bite out of that. If you intend to install many large applications or computer games; or like to store lots of media on your computer (movies, photos, music, etc.) you will likely want at least 512 gigabytes.

The beating heart of a computer is its CPU—and like a human heart, some processors are designed for athletics and others will break a sweat making a light jog. The speed at which a computer operates is measured in gigahertz (GHz). Unlike a human heart, however, better quality laptops typically sport two (dual-core) or four (quad-core) CPUs.

Make sure you’re getting the latest general-use Intel I5 or I7 CPUS, with the latter optimized for higher-performance tasks. (A few ultra-expensive gaming laptops are coming with the even higher-performance I9 processor, but it’s not widespread.) The rarer, rival Ryzen 7 processor by AMD is also deemed to be roughly on par with the Intel I7.

In general, then, go for CPUs with more Gigahertz, more cores, and that are later-generation.

RAM also affects speed. It’s basically a bucket of data that the computer can access extra quickly to speed tasks along. When you’re short on RAM, the computer runs slower as it ponderously roots around for the hard drive for the data it needs.

Thus, having a healthy amount of RAM makes everything run more smoothly, and is especially important for a gaming computer.

As of 2020, I would recommend a minimum of four to eight Gigabytes of RAM, or sixteen for a gaming computer, unless you are going for a bargain budget laptop.

However, the size of your RAM “bucket” isn’t the only consideration—there’s also how quickly your computer can fill up and empty that bucket. RAM comes in different standards such as DDR2, DDR3, and DDR4.

My advice? Always get the most advanced standard (currently DDR4) as it can “move” data up to twelve times faster than older standards.

If you’re going to spend over a thousand hours a year looking at a computer display, you’d prefer that that display not be mediocre.

While you can look up highly scientific analyses of how well computer displays show different ranges of colors, a simple rule of thumb is to avoid computers with TN (Twisted Nematic) displays and always try to get an IPS or IGZO display if you can afford it.

Not only do the latter two displays have better color contrast, but you can see what’s on the monitor from most viewing angles. By comparison, TN displays will appear desaturated when viewed from the ‘wrong’ angle, eventually to the point where they become unviewable.

Unfortunately, many “bargain” computers offer seemingly good performance by skimping with a low-quality TN monitor. I recommend doing your eyes a favor, though, by not cutting that particular corner.

By contrast, if you have money to splurge, you may wish to spring for a higher resolution 1440p or 4k screen for superior image detail and color depth.

If you intend to play impressive-looking 3D computer games or do serious 3D-rendering for work or as a hobby, you need to have a dedicated graphics card. It’s simply not an option to go without.

Conversely, if neither of those things apply to you, there’s absolutely no need for a 3D card.

Lower-end cards will handle most games adequately, though you may need to turn down graphics settings on the latest titles. But if you have the extra hundreds of dollars and want the ultimate gaming/rendering machine, you can knock yourself out with a monster card that can run gorgeous games like the Witcher 3 at maximum quality without breaking a sweat.

Most gaming computers laptops today use cards from Nvidia or Radeon (read more here). The most common affordable low- to -mid-level cards today include the GTX 1660 Ti and RTX 2060, or the Radeon RX 5500XT and RX5700. On the very pricey, high-performance end of things, there are monsters like the RTX 2070 and RTX 2080.

Keeping track of which graphics card is better can be confusing—here’s one index of their performance benchmarks. But keep in mind that top performance will not necessarily be the same as the best value for money.

In the 2020s, a new graphics technology called ray-tracing that allows amazing-looking shadows and reflections is beginning to be introduced. Currently, ray-tracing is supported only by Nvidia RTX cards. However, as only a handful of games have implemented ray-tracing so far, it’s not yet a must-have.

USB Slots and other Ports

USB ports are super handy. Laptops usually come with at least two, but I recommend holding out for a device with three or four USB ports. Why?

Consider all the devices you might plug in: a mouse; an external hard drive; a fan to cool-down your overheating gaming computer; a smaller USB key with files lent to you by a colleague; a cable to transfer data from your cell phone, etc.

USB slots come in two types in frequent use today –USB-A and USB-C—and aren’t all created equal. U.S.B 3.0+ slots are faster than 2.0, and Thunderbolt slots boast even higher data transmission rates, making them ideal for plugging in external hard drives.

You should also verify whether your prospective computer comes with other ports you might use. SD readers make it easy to copy photos from your digital camera. HDMI ports are necessary for connection to TV screens or external monitors.

All the factors above are worth considering whenever you’re evaluating a prospective laptop for purchase. If you choose wisely—foregoing what you don’t need, while spending more on the components that actually matter to you—you can ensure you’re getting a laptop that you’ll be happy to keep on using for years to come.