How China Plans on Becoming a Superpower (Think Aircraft Carriers) 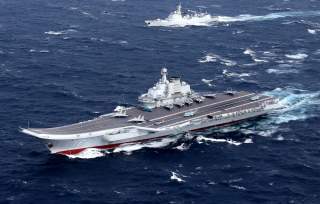